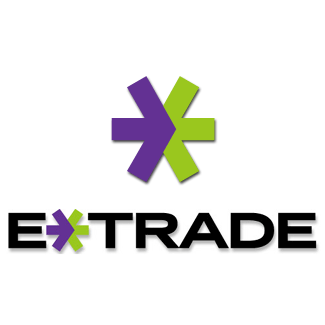 Leading US broker-dealer, E*Trade, reported its third quarter earnings data. The firm benefited from a rise in equities trading activity during the period. Revenues and income were in the green, the firm’s net income increased to $86 million and its net revenue was $440 million for the third quarter of 2014.

Apart from its earnings the broker also saw an uptake in the number of new brokerage accounts that were opened at the firm during the quarter, an increase of  24,000 accounts, taking the total number of accounts to 3.1 million. Furthermore, the company ended the quarter with $282 billion in total customer assets, compared with $281 billion at the end of the prior quarter and $241 billion from a year ago.

Paul Idzik, pictured, the firm’s Chief Executive Officer, spoke about the quarterly results in a statement, he said: “Our solid performance continued through the third quarter as our core business showed strength despite the typically slower summer months and uncertainty in the broader global markets.” 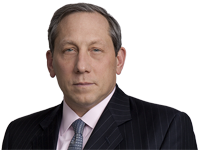 During the quarter, customers added $2.3 billion in net new brokerage assets, representing an annualized growth rate of 3.9 percent. Brokerage related cash increased by $0.4 billion to $40.4 billion during the period. Customers were net buyers of approximately $2.2 billion of securities. Margin receivables averaged $7.6 billion in the quarter, up four percent over last quarter and up 29 percent year- over-year, ending the quarter at $8.1 billion.

Mr Idzik added: “Our customers remained engaged, with DARTs up six percent from a year ago and margin balances at all-time highs for the company. Additionally, we continue to make meaningful progress on the regulatory and capital front as evidenced by $400 million in dividends from the bank to the parent over the past five quarters.

We remain focused on putting this capital to work for our owners, and aim to rationalize our capital structure – leading with actions to address our corporate debt profile. I am quite excited about the prospects ahead of us, and I look forward to closing out 2014 as a year of significant accomplishments for E*TRADE.”

E*Trade offers users a diverse set of financial products, in 2012 the broker became a white label partner of FXCM. On its website the firm states that it is an introducing broker for FXCM and explains its remuneration where it received income from the spread difference.

In the highly competitive world of FX, many promise lower spreads however one must look at rejection rates and the depth of book of your broker. Eur-Usd showing a spread of .1 is not useful if your not getting filled where and when you need to. There is much more to providing a useful service to your clients than just low spreads. Their is the customer service aspect. When an issue arises how easy is it to get resolved, as well as the actual technological and financial stability of your provider. Most professionals recognize this, most novices fail to recognize… Read more »