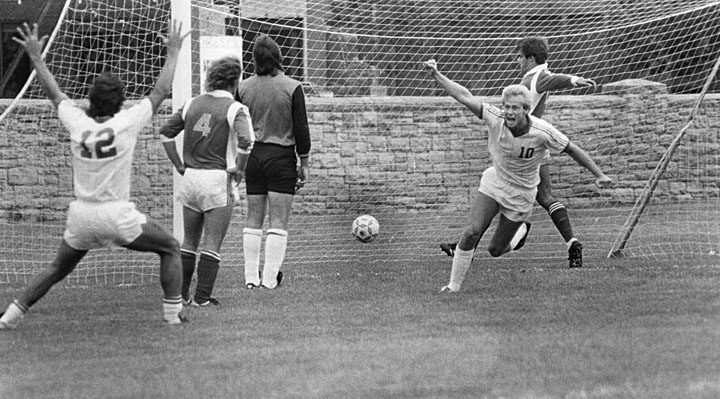 Global financial markets have been suffering from an overall slowdown in activity over the last 24 months on the back of a dim, low-volatile and lackluster trading environment.

Some argue that the recent dip in volatility has created a downbeat environment in the forex and CFD broking space. However, looking at the recent recognition brokers have been acquiring with some of the world’s largest footballing clubs, one would question whether its relegation or promotion that’s on the table.

In 2014 alone, several firms began new collaborations with world-class football clubs. The binary options brand, 24option, signed a deal with Juventus, while in the forex space IronFX partnered with Barcelona, Instaforex with Liverpool and Markets.com were the latest to join with onboarding Arsenal.

Even now, Forex Magnates has exclusive information that Manchester United is seeking an official partner with an estimated price tag of 4.68 million dollars per annum.

What Are They Looking for on the Pitch?

Brand recognition is key to any business, but especially so in the fast-moving financial brokering environment. As the ethos of the retail brokers is to democratize trading instruments that have been available exclusively for the big guys, offering ever-shrinking minimum deposit barriers, the popular sport seems to be a natural playing ground.

In addition, these firms not only battle against each other for market share, but also for credibility in the public eye. To tackle this challenge, FX brokers have ordinarily taken the route of sound regulation under a reputable and established jurisdiction. But a parallel, high profile way to achieve a similar effect is to hitch your wagon to the shooting stars of the premier league or Seria A. 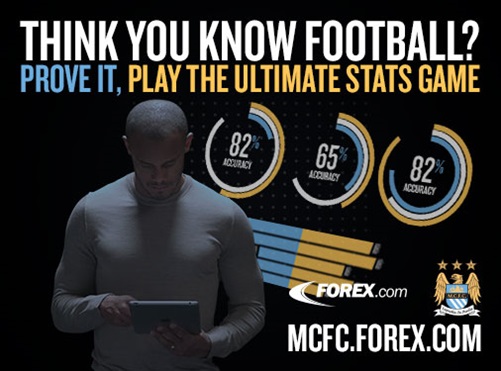 Initially, only the FX stallions made their mark on the international scene through resourceful partnerships in the world of sports. Alpari, IG and FXPro were the first beneficiaries of such exposure following the 2008 recession.

Naturally, with football being the world’s most popular sport, it was a favorite among these brokers, with the “creme de la creme” of spending taking place in football, and the premier league in particular. Figures from the English leading division, the Premier League website, state that 4.7 billion people view the league in 212 regions across the globe.

In 2013, the US headquartered, GAIN Capital, also joined the footballing elite, becoming the official online trading partner of Manchester City. It is interesting to note that this year, the multi-asset broker has made further inroads into the UK market, buying City Index for $118 million.

Despite concentrating mainly in the UK, many of these moves are explicitly targeting Asian markets and clients.

Football has grown significantly in Asia, as countries such as Indonesia and China have become worshipers of Premiership Football and avidly root for its clubs.

Due to the lack of high level football in their respective countries, fans opt for international leagues. This thirst is certainly recognized by the clubs. Juventus, for instance, launched its Japanese language website in 2010 as it is one of the most popular clubs in the country, with some 4 million fans according to the club.

“One of the key marketing attractions of football is its international profile,” confirms Richard Peters, chief 0perating officer of the sports marketing agency Sports Revolution. “These have become global properties with audiences in Asia that far outweigh their home following. Audiences are also building in the Middle East and North America.”

From the broker’s side, those who target China seem to be happy with the bargain. IronFX, the official partner of Barcelona, boasts a strong positive reflection. “The sponsorship constructively reflects on our brand, corporate quality connotations and client/channel partners. It also enhances our global exposure especially in Asia,” a spokesperson said to Forex Magnates.

From Fans to Traders

Associations with football clubs not only gives them access to an enormous fan base, it also means that their product will be marketed everywhere the club goes.

“Top clubs have tens of millions of social media followers and websites produced in up to 15 language versions, allowing the trading brands to push market specific campaigns. This type of deal allows an FX company to make a single media acquisition but have access to global digital platforms.”

The best part for forex companies is that the traditional football fan demographic is similar to that of a trader: young males between the ages of 25-50. Betting companies, for instance, have taken heed of this, and most clubs now have at least one betting firm as their main sponsor. Could the next trend be at least one forex broker per club?

Activating the Sponsorship So There’s Some ROI

High amounts of expenditure for marketing purposes for forex and CFD brokers is not out of the ordinary. The top 10 firms spend over 20 million dollars per annum with the next 20 brokers spending up to ten million in their annual marketing and advertising costs. This makes gaining a return for brokers difficult. However, some of the current brokers have taken charge of their association with a club and given fans a priceless experience as they look to hook a sale.

Markets.com has run a similar campaign to 24 Option, which gives its affiliates a chance to win tickets, including flights and hotel, to an Arsenal game.

On IronFX’s micro-site they published a picture of a client who won tickets to see Barcelona play, another example of the firm taking advantage of their relationship with the club. Mr. Pearson adds, “24 Option ran promotions to meet and greet players in the Juventus pre-season tour of Singapore, so these are ‘money can’t buy’ experiences.” InstaForex, on the other hand, has created an index on its micro-site which gives clients and fans an opportunity to track the club.

For sponsors of the big clubs, half the job is done through the brand name. For second and third tier teams, however, more creativity is needed. Golden Way, for example, has been using its Chinese background to lure in fans. They ran a Chinese New Year video with the players wishing GWFX’s fans Happy New Year in Chinese, featuring a touch of ‘tongue in cheek’ as some players found it difficult to speak in the foreign language. 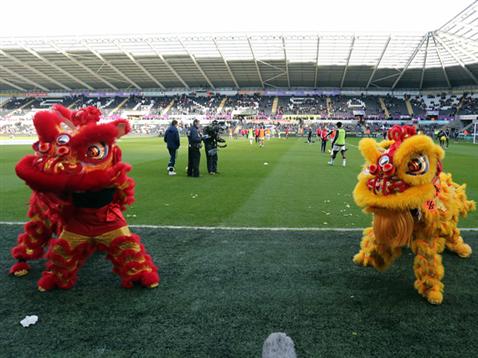 The key to the partnership is making something viral. To date, no broker has managed to create a mammoth impression on the social media channels. One example of a creative online campaign from a sponsor was Bwin.party’s, an online gambling firm. Their video consisted of three current Manchester United players and three former players being given tasks such as scoring a goal blindfolded. To the credit of Bwin, the video went viral and got over one million views in the first three days. Currently, there are over three million views on the official video.

While the football pitch is the leading arena of the sponsorship deals, it is certainly not the only one. Formula 1 was the “hot cookie” for firms four years back. Firms such as XTB, MIG, Saxo Bank, FXDD and FXPro were strong followers of F1 brands as they tried to fit in with the affluent viewers.

Rugby has been popular among UK brands such as IG, City Index, Killik and CMC (Australia). FXCM, one of the world’s largest and most established players, has been relatively quiet with its sponsorship in sports. However, it has collaborated in the sport of cricket with a midlands-based county, Warwickshire Cricket Club, where it is an official partner on the club’s website.

Sailing and cycling have been favorites for Saxo Bank, IG and Alpari. Saxo Bank noted in its latest annual report that since its sponsorship of the Tour De France, it has seen an increase in the number of people who recognize the brand.

Other unconventional brands and sports sponsorship include Japanese powerhouse, GMO Click, supporting the Japanese women’s swimming team, and one of the US’ largest brokers, Charles Shwab, who is an active sponsor in the Golf PGA Tour, indicating that there’s more to sports than just football and F1. 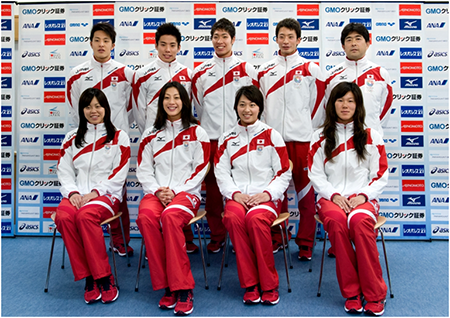 The brokerage sector is more than just the trading platform and the pricing of a broker’s offer. With the margin FX business facing a level of maturity and consolidation affecting the industry, firms will need to stand out from their competition if they want to survive.

This collaboration battle is expected to impact the way brokers operate, and it is more than reasonable to assume that 2015 will see a continuation of this trend.

Interesting thread, but the main problem is: how to promote the affiliate link? and get clients?

Hi Atif
this is very easy – the digital and social media footprint of these clubs is enormous. As exclusive FX sponsors it means no other FX company can access the clubs digital rights, and the sponsor will have significant presence on these assets within which to assign affiliate links and drive traffic. Its also possible to create co-branded trading sites targeted at the fans of the club, fan clubs running into millions of supporters around the world. All this is directly measurable in terms of ROI.
S Pearson.