Saxo Bank, one of Europe’s largest brokers, is both dealing with a large lawsuit by a Portuguese client and with a very ambitious expansion plan which involves implementation of many social trading tools. Taking into account FXCM’s latest European expansion move with ODL’s acquisition one can say that Saxo is facing a critical crossroad right now.

In the meanwhile Saxo just launched its own portal and a video service called Tradingfloor.com. Not many brokers have managed to successfully launch their own FX portals and FXCM’s dailyfx and GFT’s fx360 are probably the only notable ones. MB Trading’s tradingviews is the only 24 hours a day broker video service out there.

It seems that Saxo’s plan to combine a portal with a video service is just not it. The amount of content – both written and videos is not large enough, the design is not very appealing and the names behind the market commentary and analysis are just not big enough. I don’t even want to talk about the economic calendar (doesn’t work on Chrome) or the FX Tools (it’s widgets not tools)…

At this point tradingfloor is just another FX blog with some videos rather than a portal and I don’t see why would anyone trade their favorite forums and portals with this website. It seems to me that whatever Saxo does it is still caught in the 90’s perception be that its platform or this portal. 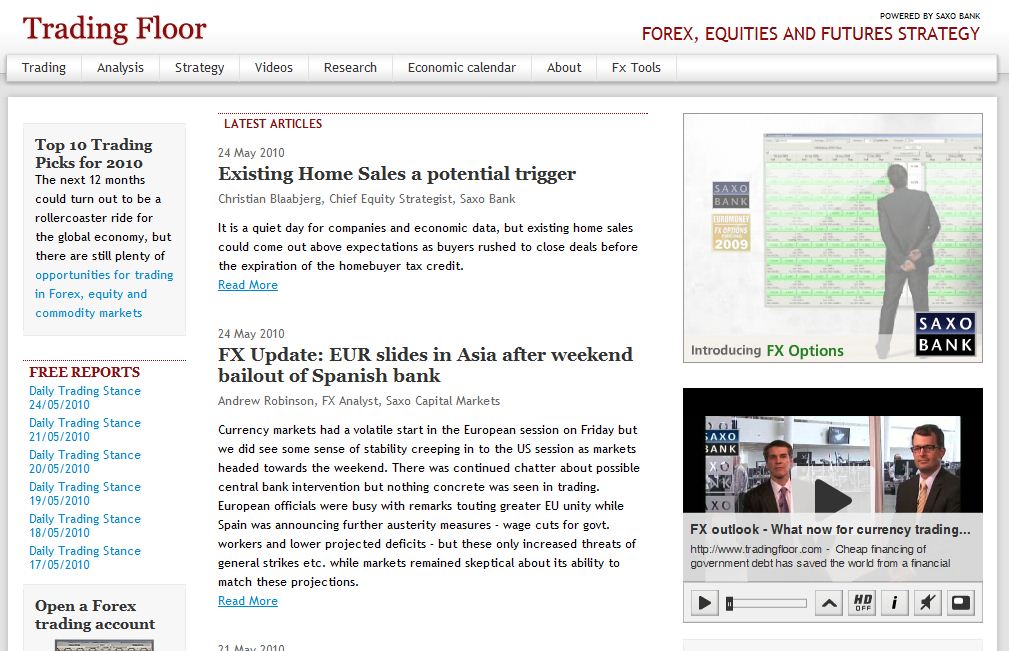