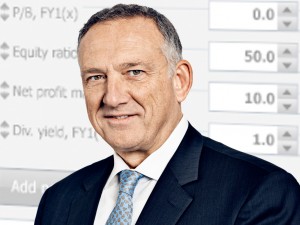 Dennis Malamatinas became a member of the board of Saxo Bank in 2007. He has a MBA from the University of Chicago and has previously been the global head of Smirnoff Vodka, Burger King Corporation and Priceline Europe Ltd. In 2002, he co-founded Marfin Bank and later became CEO. More recently in 2007, he co-founded MIG (Marfin Investment Group), which he headed until 2012.

Kurt K. Larsen, CEO of the international transport group DSV for many years and currently the Group’s chairman, remains a member of the board.

“Saxo Bank already meets the Danish FSA’s reasonable proposals for stricter requirements for boards of Danish financial companies, and it is to follow the spirit of the proposals I have decided to step down as Chairman of Saxo Bank. My main strength in corporate governance has been organisational structure and operations not specific to banking operations, and therefore it is appropriate that Dennis Malamatinas with his broad and deep knowledge of the financial sector becomes chairman. I am glad to remain on the board of Saxo Bank, one of the most innovative and interesting companies I know of.”

Saxo Bank’s board of directors will now comprise: