Although PFG was put in liquidation-only mode by the NFA which then reported that its “highly effective” brokers supervision mechanism failed to notice that over $200 million in client funds went missing for more than 2 years, its quarterly forex profitability numbers actually improved in Q2 2012..

Apparently PFG BEST already knew about its problems otherwise you cannot explain this PFGBEST SpongeBob Coin Set promotion which tells you what kind of coins PFG BEST’s clients may expect to get back.. Someone at PFG definitely has a sense of humor. 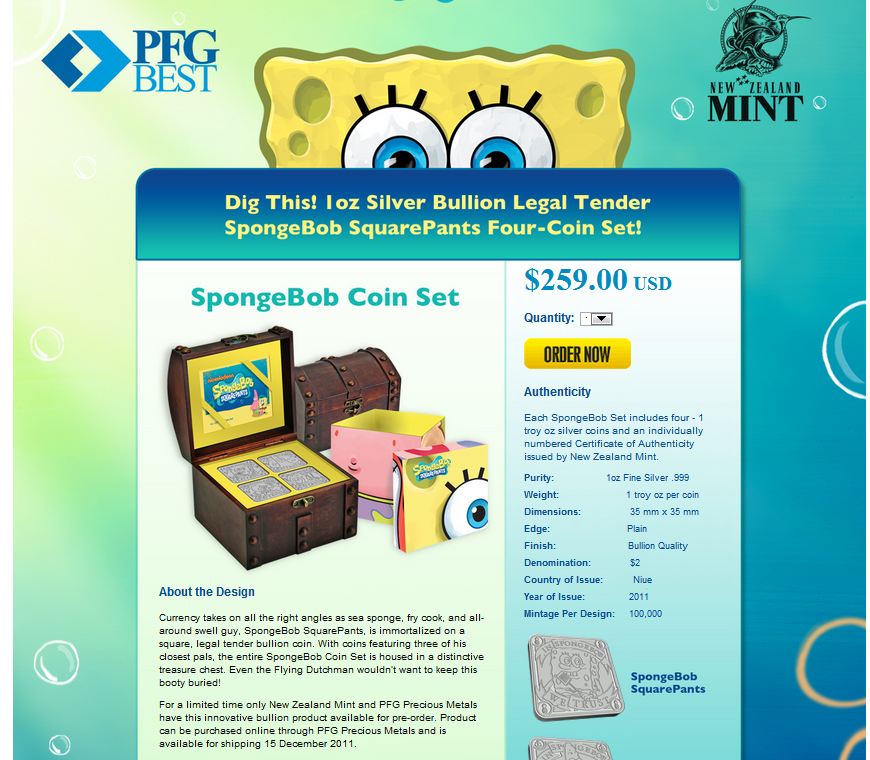 What a joke….the NFA is a joke and the CFTC is its bastard uncle.