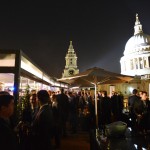 It doesn’t feel like that long ago we wrote our 2012 review and 2013 forecasts. As we enter the final month of the year, it has been nothing short of an interesting year so far. We’ve had plenty of M&A in 2013, as well as all-time highs and multi-year lows in volumes. Having completed November, in many ways the month was a microcosm of the year. During the month we had an array of brokers and trading venues reporting weak volumes for October. However, whispers for November trading itself are that volumes have rebounded. Especially among market makers, sources told Forex Magnates that the volatile beginning of the month was a boon for their trading accounts.

New Products: If we had to pick a theme, new product launches were a recurring item during the month. Partially due to the Forex Magnates London Summit, as presenters aimed to announce new products in coordination with the conference, as well as companies wanting to bring to market products before the end of the year, launches occurred from both new and established firms. Among startups, TradeCrowd and TradeSlide coordinated the launch of their new social trading network and risk management products respectively with their Elevator Pitch presentation at the London Summit. Similarly, binary options provider, TradeSmarter, was showing off its new Strategix, exotic options feature in London.

As Twitter made its IPO, three startups brought to market social media sentiment trading tools. The new products were launched by FSwire, Scutify, and Infront. Also announcing its pending public launch was Magick, a visual-based automated trading platform. Along the same trend of algorithmic trading, TickCOM announced the public launch of iSTRAT, while Inovance showed off its black box-based TRAID platform. Among established players, interbroker Tradition began to market a GUI interface for its ParFX platform that uses technology from TradAir, as well as ADS Securities launching OREX Optim, a proprietary trading platform. In addition, Saxo Bank provided details of its coming social trading platform.

Mixed Volumes: Following record results among different brokers and venues for the first half of the year, August and September were mostly terrible. So how did October do? It depends. Volatility was a major factor affecting volumes during the month. As a result, venues that thrive during periods of panic and high volatility, such as EBS and Thomson Reuters reported multi-year lows. As venues of ‘last resort’ due to their deeper liquidity, these ECNs can be depended to provide stable and high volume pricing even as volatility rises. During October’s quiet month though, traders could source tighter spreads elsewhere. Also reporting declining volumes in their FX divisions were the CME and ICE. As yen volumes sank at the CME, while the ICE reported similar results for its Dollar Index products, it appeared that both venues were affected by declining cross-asset correlation trading due to a fall in fixed income trading. Among retail brokers activity was a bit better, as FXCM and Saxo Bank reported rising month-over-month volumes. However, Japanese brokers were mixed.

CFDs in Favor: Speaking about FXCM and Saxo Bank, among the interesting details provided from the firms was the increase of their non-FX volumes. Speaking to Forex Magnates, Saxo Bank Co-CEO, Kim Fournais related that for the first time, CFD and equity volumes were greater than FX. In addition, CFD products grew to 37% of overall retail trading volumes at FXCM in Q3 2013 from 28% in 2012. The announcements reveal the important role of diverse product ranges to meet changing investor interests. This point was also stressed by GAIN Capital CEO, Glenn Stevens, as he stated that with its acquisition of GFT, its product base would grow to over 15,000 tradable items.

The Month of Bitcoin: During November, prices of bitcoin skyrocketed to over $,1000 as demand from China rose. While not a CFD, the speculation in prices for bitcoin, as well as other digital currencies related another example of traders shifting their interests to new products as they search for the next ‘big thing’.

M&A and Public Trading: During the month, thanks to public company filings we gained greater clarity of recent deals. In an 8K filing, GAIN Capital posted three year financials for its recent acquisition GFT, while Swissquote announced details of its MIG Bank purchase. Both acquired firms experienced contracting businesses and losses for 2012 which adversely impacted their financial health. The result was that both brokers were sold for small premiums above their cash holdings. In addition, FXCM revealed that it paid $5 million in up-front payments for Faros Trading, with a future payment of over $10 million if financial targets are met. Purchasing a 50.1% stake, the deal potentially values Faros Trading at over $30 million.

Also during the month, recent IPOs, Plus500 and KVB Kunlun released financial statements. Outperforming was Plus500 which issued upside 2013 guidance and saw its shares hit an all-time high. As a result, following the price appreciation, the market capitalization of Plus500 exceeded that of GAIN Capital, despite much lower revenues and volumes.

Also of note during November: