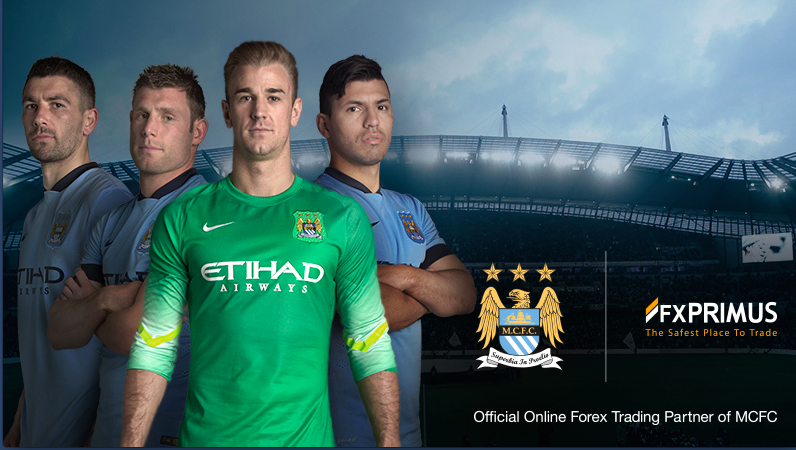 The financial elements of the partnership agreement have not been made public yet, but such high profile team sponsorship deals are estimated to be around $3 million a year. Considering that this is a multi-year affair, industry sources have told Forex Magnates the total combination deal should cost around $7 million, or about $2 million a year.

The wide-ranging agreement will see FXPrimus acquire extensive marketing and promotional rights including presence across the club’s digital channels. FXPrimus will also be a regular presence at Manchester City’s Etihad Stadium, with hospitality at all home games.

Tom Glick, chief business officer of Manchester City FC, said: “We are delighted to have partnered with FXPrimus and are really looking forward to working with them on a range of activations. It’s always very special when the team visits the United Arab Emirates, so we’re particularly looking forward to kicking off our relationship by playing the FXPrimus Cup in front of our fans.”

The first major activation of the partnership will be at the club’s winter training camp in Abu Dhabi next week, where Manchester City will compete with Hamburg SV of the Bundesliga for the FXPrimus Cup on 21 January in Al Ain. FXPrimus will be the Official Partner of Manchester City FC’s January 2015 UAE Tour.

Terry Thompson, COO of FXPrimus, commented about the deal to Forex Magnates: “We intend on utilizing our partnership with Manchester City FC in creative ways not previously explored by others in the industry. We’re viewing this much more than just the traditional branding only exercise, and are looking forward to sharing this sponsorship in various ways with our customers and employees.”

He added: “FXPrimus and Manchester City FC are both leaders in their respective fields. We are extremely proud to be partnering with the Club to assist in our ambitious global growth plans. We are excited to be working closely with the Club to activate the partnership.”

Thompson continued, “In analysing a potential relationship with Manchester City FC, we discovered many of our clients are also football fans, so it gives us great pleasure to bring them this sponsorship. We intend on offering many interactive ways for our clients to participate in this partnership, because ultimately this is for them.”

For the forex industry, 2015 has started with a number of high profile sport sponsorship deals. In the football world we have seen deals between CWM FX and Chelsea as well as Plus500 and Atlético Madrid. Yesterday, Saxo Bank announced its 2015 sponsorship of the GP2 race car driver Marco Sørensen.

These football deals are getting out of hand…

These football deals are getting out of hand…

i agree. Apart from being the main shirt sponsor what is the point.

Being the official sponsor of the clubs ash trays or whatever a lot of the brokerages are doing now is a waste of time.
Typical of the small minds that often inhabit marketing departments, just following everyone else and no innovation.

i agree. Apart from being the main shirt sponsor what is the point.

Being the official sponsor of the clubs ash trays or whatever a lot of the brokerages are doing now is a waste of time.
Typical of the small minds that often inhabit marketing departments, just following everyone else and no innovation.