Interactive Brokers, LLC (NASDAQ:IBKR) has just released its trading volumes for the month ending January 2016, which was indicative of a massive surge MoM, snapping out of the previous month’s tight consolidation, according to an Interactive Brokers’ statement.

Finally, average commissions per cleared customer order totaled $3.90 including exchange, clearing and regulatory fees, with the key product metrics coming out at $2.15 for stocks, $6.31 for equity options and $5.97 for futures orders.

The New Year has been quite unkind to US equity markets, with Interactive Brokers (NASDAQ:IBKR) share prices being no exception. That being said, shares are in positive territory on the announcement, climbing to $32.66 during US trading or 1.21% Monday at the time of writing. 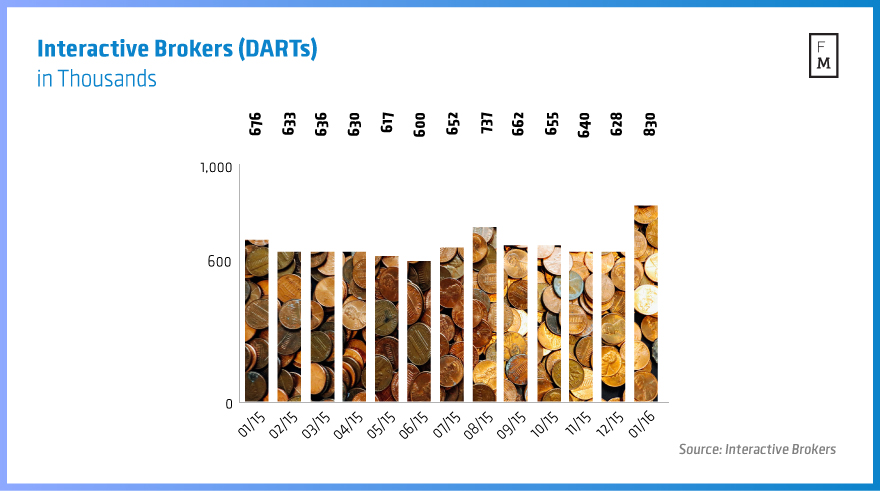