I know it’s a bit late (end of June) yet this hasn’t been published yet so what the hell.

Hotspot recently released their trading volume figures and the numbers are simply astounding. During May 2010 Hotspot transacted over $1 Trillion total volume… May 6th was the most volatile with almost $90 billion traded in a single day.

All in all it seems that Hotspot at this point is the single largest forex trading venue in the world, however watching the chart below you can see that while EBS and Reuters lag behind CME is picking up pace. CME’s growth in May was much higher than Hotspot’s though I’m not sure how this even compares as CME’s business is mostly FX contracts and futures. 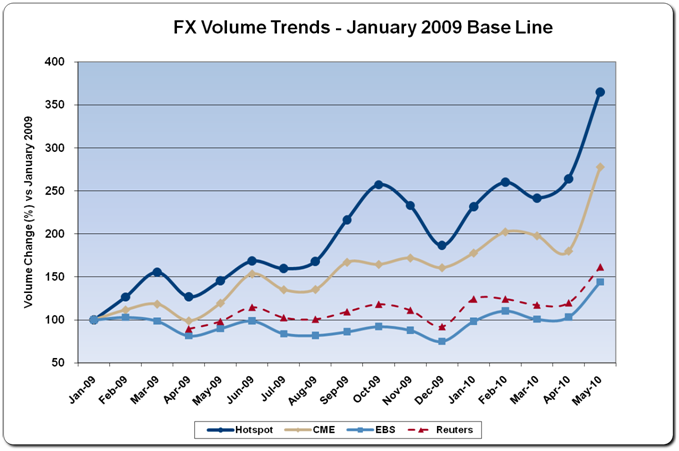