Various rumors and speculations are still circulating around Thursday’s police raid at the Heron Tower at the heart of London’s financial district, resulting in 13 arrests. The company’s identity has not been announced, but the public profile of one Heron Tower tenant, namely CWMFX – the FCA regulated broker engaged in various sport partnerships, most notably with Chelsea F.C. – has drawn considerable attention. 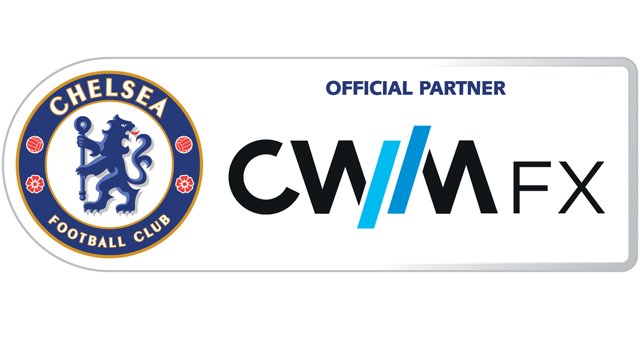 As more stories appear in London’s financial press, the case highlights the other side of the shiny sponsorship coin, forcing brokers to deal with tighter scrutiny and unexpected brand damages.

On Thursday, the London based financial publication CityAM broke the news about the arrest of 10 men and three women in one of the tower’s firms offering financial services. The police have confirmed the report, stating that the firm’s employees were arrested for suspicion of false representation, conspiracy to defraud and money laundering. The company’s identity was not revealed, as a spokesman for the building refused to address issues regarding the tenants. 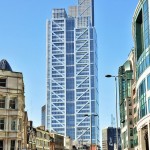 Following up on this report, two different sources initially suggested that the company in question is related to the retail forex industry. While the Heron Tower is home to various business tenants, the major forex companies that could fit the “financial services provider” description are CMW Group and City Credit Capital, a retail derivatives broker.

Speaking with Forex Magnates, a representative of City Credit Capital has made clear that the company has nothing to do with the incident.

“Like most people the first we heard about the situation was via the media. We do not know who the firm is and have no idea in what area of the financial services industry they operate in,” said Simon Daniels, director dealing and operations.

CWMFX is another market participant based in the tower. The brand is part of the CWM World Group, a “multinational financial services provider” according to the group’s website. The group boasts 30 brands, of which nine are defined as “financial brands” stretching from FX trading to funds, securities and life insurance.

Speaking over the phone with Forex Magnates, Craig Dorse, managing director of CMWFX, said that “business is running as usual.” An additional written inquiry has not been answered, but shortly afterwards Dorse’s response was echoed in a company tweet: “CWM FX is operating as normal, merely an AML enquiry & had no correspondence to us.”

Later still, the comment from the law firm representing the company, Kingsley Napley LLP, unequivocally denied any relation to the raid. “Our client’s offices were not raided by the police yesterday, and that there is no investigation into CWM FX,” said lawyer Charlotte Harris. A subsequent inquiry asking if the raid took place in another brand of CWM World has not been answered.

The full details of the affair will be available only as the police investigation will be concluded. But one way or another, this case stresses again the pains of being in the public’s eye. CMWFX has drawn wide attention signing a partnership deal with Chelsea F.C. The brand also takes pride in sponsoring the LCR Honda MotoGP, a costly deal which incorporate the brand into the official name of the rider’s team led by Lucio Cecchinello.

Gaining such public recognition is a common marketing practice in the forex industry, as many prominent Premier League clubs – including Manchester City, Liverpool and recently Manchester United – have embarked on FX partnerships. The recent entrant to the list of clubs with FX partners is the Championship’s Nottingham Forest, teaming up with ICM Capital.

Such partnerships are believed to boost the brand’s strength, allowing it to reach new audiences. The official announcements accompanying these deals usually hail the shared competitive nature of trading and sports, and savvy marketing officers may find various ways to synergize the investment.

In CWMFX’s case, the aggressive marketing step may become a double-edged sword. Even if it turns out that the brand or the owner’s group have nothing to do with the investigation, the negative effect of the bad press coverage will be hard to reverse, regardless of the broker’s ever-growing list of partners.

Everybody knows cwm isnt a broker. They are selling guaranteed products. 10% monthly profit my aaaa.. bs. When this blows itll b nasty… Must have nicked a few bob to rent heron tower n back chelsea. Forexmagnates – keep investigating before more idiots ruin this industrys name.

Welcome to the The Wild Wild West – where the Dreams are free and the Reality is always expensive.

Cypriot hq’d and regulated entity with a shiny London office for credibility. Surely people do their due diligence on these outfits and run a mile when they see that they are not FCA authorised and regulated and therefore FSCS protected?!

I meant “not” FSCS protected!

I agree with Jacky, offering 5% per month fixed return and also a 2% to Introducing broker monthly as well which makes it 7% per month and still the company is making profits, what are you selling exactly ?
SCAM SCAM SCAM SCAM

This is an absolute Boom Shaker and could potentially bring down the entire Kingsmead Estate and Cuddington County Primary School. I mean what the hell is going on with amazing people. Craig Droeste Rocks my world and makes me feel special when im in the platinum lounge

I Mean come on guys lets give these professional traders a break, last year I invested in excess of £600,000 with these guys and they only lost me £250,000 which I know seems like a bad investment but as ive mentioned I just enjoy there spirit and how they make me feel when im in the kingfisher in kingsmead, so good!!

Any followup to this story?