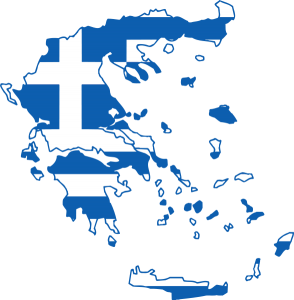 The aftermath of the elections in Greece is still haunting European leaders a full week after the announcement of the win of radical leftists from SYRIZA led by Alexis Tsipras. As the conundrum between the new Greek government and the Troika (European Commission, the European Central Bank and the International Monetary Fund) of major creditors of that same government deepened, the tone has softened over the weekend.

After a relatively quiet week, volatility in the euro pairs could come back at any time, no matter what the outcome is. Currently, the forex market is heavily shorting the euro across the board and any deal between Greece and its creditors could unleash a massive round of short covering.

After the joint press conference of Greek finance minister Yanis Varoufakis and Eurogroup chief Jeroen Dijsselbloem, the two parted on rather unfriendly terms.

With the Greek financial minister saying that Greece has no intentions of negotiating with the Troika, over-the-weekend reports by German newspaper Handelsblatt stated that the Troika will be scrapped by command of none other than European Commission President Jean-Claude Juncker.

There is no time to waste, as by the end of the month Greece will need its €7 billion tranche to roll over its debts. The prime minister of Greece has communicated over the weekend his intentions for Greece to stay in the Eurozone. However, no details as to how his government intends to act have been brought up.

On Monday a German government spokesperson has stated that the position of the Greek government should be heard.

At the same time in its Barclays Capital note, the UK headquartered bank stated that “the likelihood of a Greek exit is now significantly higher than at any point in 2012.”

On Wednesday, the ECB should decide on whether or not to roll Emergency Liquidity Assistance (ELA) lines to the Greek banking system.

Over the weekend after meeting with Alexis Tsipras, French finance minister Michel Sapin said that Greece has no future outside the Eurozone.

This did sound like warming of the language between the two parties, as the next round of key negotiations nears most likely on Wednesday. The Troika might be gone, but the parties which are behind it are still present and are still committed to put the Greek financing programs back on track.

Arm twisting is over, its time for compromise on both sides of the isle, which in turn could send the euro higher across the board due to reduced political risks in the outlook.