GAIN Capital Holdings, Inc. (NYSE: GCAP) has reported its volumes for the month ending August 2015, having undergone a mixed performance across both its retail and institutional business, according to a GAIN statement.

Last month, GAIN Capital saw a slump in both its institutional and retail volumes during July 2015, which came in at -7.0% MoM and -6.1% respectively relative to June 2015.

Ahead of the US open Tuesday, GAIN Capital’s (NYSE:GCAP) share price was steady at $7.39 during premarket trading. The stock has undergone a depreciation from a 52-week high of $10.38 this past June, having since made several attempts at the $7.00 handle. 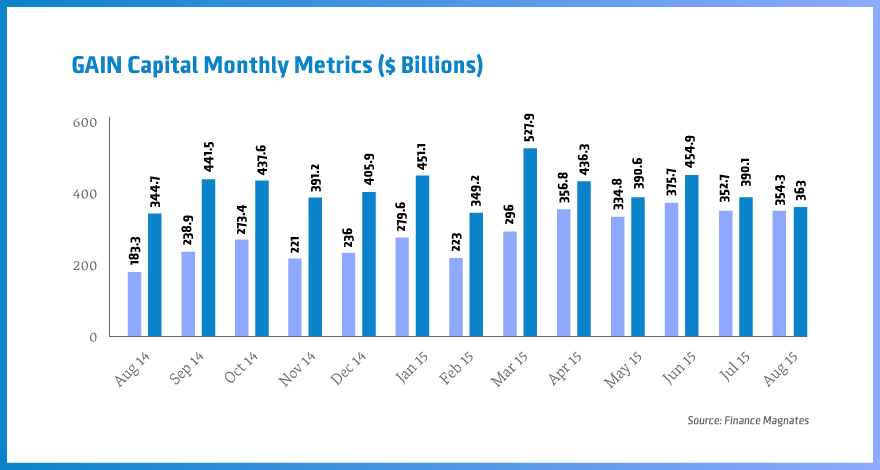