Though it’s hard to classify what forex social network is (or what a social network in general is) we can all agree that sites like FXstat, Currensee, myfxbook, FxJunction and others do bring traders closer together. We’ve discussed this issue and presented an extensive overview of the ‘social’ forex market in the Q2 2011 Forex Magnates Retail Industry Report.

Most recently FXstat and Myfxbook have announced updates to their platforms:

FXstat released a new dashboard design allowing to more easily aggregate all the required information by the trader and also added a tool called Activity Stream which allows you to post news, short comments, updates and to follow the activity of other FXStat members. You can also share your content directly to your Twitter feed or Facebook. 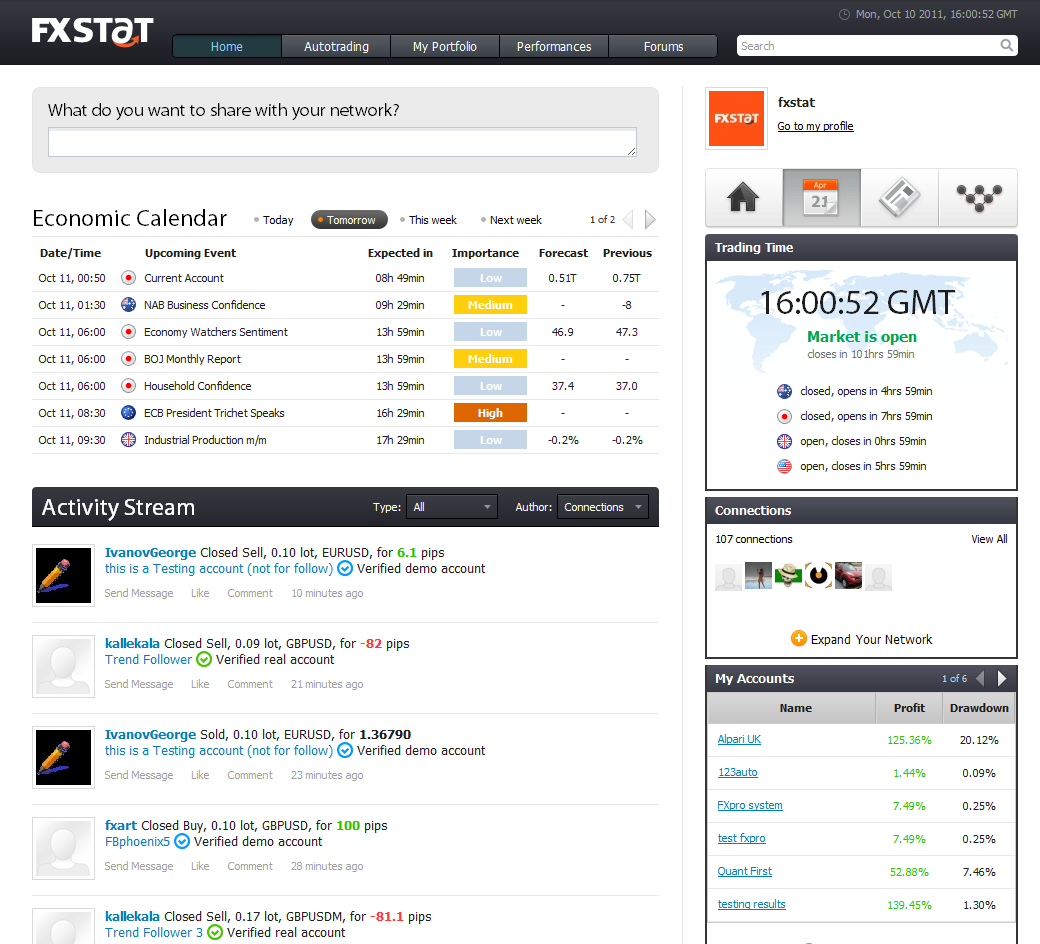 FXstat here basically makes more emphasize on content rather than on trading results and statistics – thus making another step into making its website traders’ homepage.

Myfxbook too released an update to its user page and now users can post feeds and other users can comment on them – more of a Facebook Wall.

Amazingly both providers released these updates on the same day – which means they both consider personalized homepage the next step in their development strategy.