Japanese brokerage group GMO CLICK Securities has just posted its monthly metrics ending in August 2015. The total GMO CLICK volumes reached in August 2015 was ¥1.239 trillion, an increase of 2.43% over the same figure from July 2015.

When looking at the USD equivalent of the total GMO CLICK volumes reached in August, it crossed back above the symbolic $1 trillion mark thanks to the weakening yen.

On a yearly comparison the raise in FX volumes figures is much more impressive, increasing by a whopping 145% from August 2014’s ¥505.691 billion. The month-on-month rise in the total FX figure looks better when considering that August only had 21 trading days while July had 22 trading days in Japan.

The value of exchange-traded contracts during the month at GMO Click also increased in August to ¥643 million, up from ¥551 billion in July. 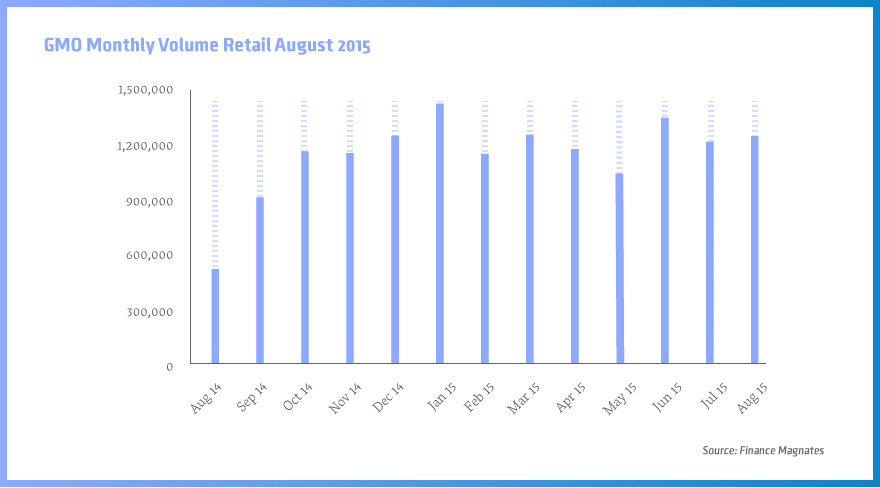 GMO CLICK Securities has also posted a couple of binary options related metrics today for the month ending in August 2015, showing that less traders lost money during August than the previous month. Over one in four binary traders made money in August after four months of improvements. The data shows that only 74.94% of binary options accounts lost money in June, over one percentage point less than July’s 76.56%.