For GMO Click’s Ladder Options, the legal type of options available in Japan, the total transaction amount as a percentage of the total client payment amount reached 98.93% in August 2015. This figure is higher than July’s 98.33% but not surprising as people only deposit funds in order to trade and therefore remains constantly over 95%.

A more interesting figure released by GMO Click is the transaction proportion of loss occurrence, meaning the number of accounts whose total monthly income has become negative. This data point shows that only 74.94% of binary options accounts lost money in June, over one percentage point less than July’s 76.56%. This figure comes after four straight months of improvements in the performance of GMO CLICK’s binary options traders, and is the lowest this year. 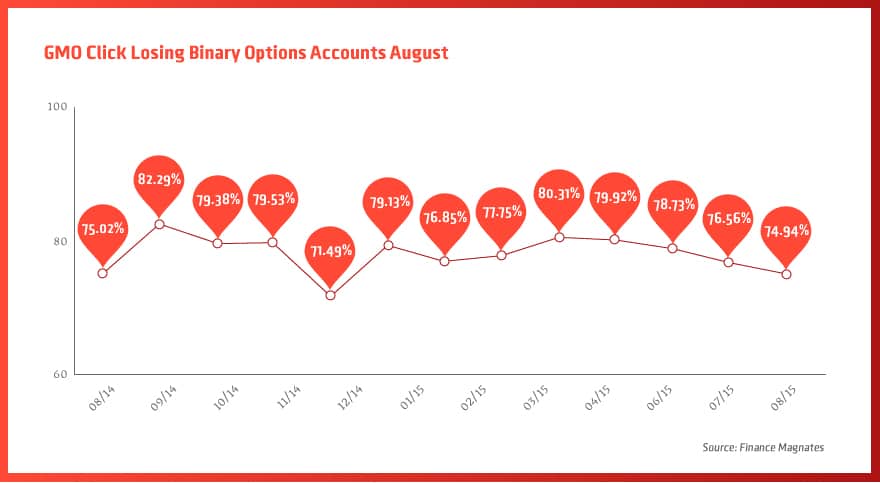 The figures from the Japanese online trading giant reveal interesting data not available in other regions of the world regarding binary options success levels. As we can see from the chart, for the last twelve months traders have consistently lost above 70% of their money. This is remarkably in line with the Pareto principle in economics, which observes that in many markets only about 20% of people make most of the gains (also known as the 80–20 rule).