Looking back at February, we could have just reprinted much of what was written about January. Back then we mentioned that “Word on the street is that January has been a good month for forex brokers”. That turned out to be very true with all-time records being announced during February for January trading. So far in March we are seeing this momentum continue to take place. Beyond the solid across the board volume growth that was reported during February, the month also featured several product launches from notable firms entering new areas of the market. In addition, regulators were active during the month with news coming from the US, Cyprus, and New Zealand. 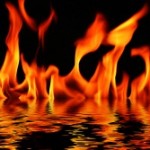 2013 Volumes off to great start: Brokers and trading venues are quickly putting a weak 2012 behind them. During February we saw optimism towards trading volumes from across the entire FX industry landscape. This included OTC, echange traded, old and new firms. The headliners were in Japan as GMO Click and DMM Securities broke the $700 billion level for monthly volumes. Elsewhere, leading global brokers FXCM and Alpari also posted a strong start for 2013. At Alpari, the firm’s issue of monthly data was a new trend of financial transparency taking place which industry watchers hope the broker continues to follow throughout 2013. Among institutional venues, while Thomson Reuters, FXall, Hotspot, and the CME also posted solid volume figures, the big surprise was at EBS. After a difficult 2012, volumes rose 54% month over month and retook the top spot among publically reported FX venues.

Regulators active: Cyprus financial regulator CySEC was vocal during February as they announced settlements with UFX Markets and eToro for undisclosed violations. They also stated that as the regulators, they can make decisions and shouldn’t be questioned (you can read into that what their real intentions were). In the US, following the NFA’s shock of potentially banning credit card payments in the forex markets, the CTFC was going after bigger fish as it charged the CME Group for oversight violations. The CFTC/CME dispute appears to be part of a larger clash between the two as a large battle between swap participants is forming in the wake of Dodd Frank regulation. Elsewhere, New Zealand regulators stepped up their enforcement and threw out 250 firms that registered with the FSP for failing to have set up a physical office in the country.

FX Solutions Leaves US, Some Brokers Struggling: What seemed to be a question of “when and not if”, FX Solutions announced that it was leaving the US market with its client base in the country being sold to Forex.com. The struggle for profitability in the US continues, but the problems weaker brokers are experiencing isn’t specific to the US. London Capital Group, having reported a loss due to a weak 2012 performance saw their share price plummet and became the target of a takeover battle.

Other tidbits: In other key stories, mobile continued to be important with Tradency and Protrader launching app based platforms. Also, although we have seen some brokers consolidating their businesses, other have been expanding. During the month, Japan’s Invast Securities announced that it planning on opening an ASIC regulated firm, while Australian AxiTrader launched its US initiatives. During the month, SaxoBank launched its first Saxo branded MT4 offering.

Forex Magnates Startup Portal: Last but not least, Forex Magnates launched a Startup and New Product portal to promote and showcase innovation in the industry. The portal will feature new product articles from the main site as well as Beta Product Testing. We have gotten a few firms ready to go for product testing and still actively looking for more testers. If you haven’t signed up yet, you can subscribe to the program below.