There are a lot of unknowns about the state of the special-administered Boston Prime entity, but a recent court filing accompanied by a substantial amount of documentation reveals some additional information which, to the detriment of customers of the Prime entities, isn’t providing answers, only raising more questions.

The documentation consisting of an affidavit and over 200 pages of exhibits supporting the claims in the document are painting a new picture about the merger between Forexware and Boston Technologies and alleges that a substantial amount of client funds are missing from the prime entities (Boston Prime and BT Prime).

The document states that while Boston Prime has been regulated by the UK Financial Conduct Authority, BT Prime, which is incorporated in Bermuda, is an unregulated entity. With the dealings of the companies mostly outsourced, after Forexware stepped into the shoes of Boston Technologies in June 2014, the firm inherited everything that allowed the companies to function.

The affidavit explains that, at the time of writing on the 6th of February, the sale of the prime entities to Forexware has not been completed, as the closing pre-conditions, among which is Kevin Millien’s signed release, have not been met.

Popescu proceeds to explain in his affidavit that since July 2014, he hasn’t had visibility over the financial dealings of the Prime entities while serving as head of strategy at Forexware.

Attaching some email correspondence, Mr. Popescu explains that he hasn’t been granted any visibility over the companies’ finances and he was only granted very limited scope just recently, which was already in the aftermath of the Swiss franc debacle.

On the 25th of January, George Popescu sent out an email to Boston Prime’s contact at the FCA effectively serving as a whistleblower. Stating that Forexware has fully been managing the prime entities, Popescu says, “One of the first things that the company did was to make FXDD into Boston Prime and BT Prime’s exclusive liquidity providers.”

George Popescu states that customer liability at the prime entities around midnight on January 22nd has been around $32 million, with $21 million in Boston Prime and $11 million at BT Prime.

At the same time, the cash allocations at BT Prime and Boston Prime totalled around $10 million. BT Prime was instructed to send $7.5 million to FXDD, which wasn’t fully credited by the company.

In his letter to the FCA, Mr. Popescu explains that FXDD moved $3 million from Boston Prime to BT Prime without providing any reason for the transfer.

According to Popescu, clients of the prime entities initially went only $80,000 into negative territory. However, in the aftermath, FXDD allegedly adjusted trade prices causing clients losses to the tune of $15 million ($5 million for Boston Prime and $10 million for BT Prime).

According to Popescu, FXDD artificially increased the liability of the prime entities making  adjustments in the liquidity provider’s favor.

The end result was a gap in client funds totalling between $15 and $16 million.

Mr. Popescu proceeds in the letter, explaining that under the management of FXDD, acting as a liquidity provider, the company has been charging BT Prime and Boston Prime a $250,000 “management fee” every week and making unknown markups on the spreads. In addition the prime entities were charged $30 million in commissions.

As reported by Forex Magnates, on the 26th of January Boston Prime and BT Prime seized operations, while Rollings Oliver has been contacted by Popescu to advise Boston Prime serving as special administrator.

The company applied with the FCA for modification of its permissions to carry out regulated activities and deal with client money.

Popescu explains in his affidavit that as of September of 2014, which is the latest period for which he received information on the 30th of January, the company was solvent.

The allegation that FXDD has adjusted trades unfavorably for clients of the company is supported by an email communication between a client and a representative from the support team at Boston Technologies. The client explains in detail how he had a sell order trading the USD/CHF pair, which got filled at 0.8800, to be closed with a stop loss at 0.9900 in less than a second.

As most of the USD/CHF traders must agree, the pair never traded back to 0.9900 since the Swiss franc debacle happened. After gapping several figures to levels below 0.7500, the pair is currently trading around 0.9285 and has never revisited its pre-announcement highs around 1.0200.

Given the extraordinary market conditions, there is no clarity about the bid/ask prices during the period, and this could be the reason for the trade being executed the way it was.

A New Set of Questions

It would be interesting to know why did George Popescu did not object more aggressively and earlier to Forexware for not having visibility over the Prime entities’ finances. Forex Magnates reporters contacted Mr. Popescu for a comment, but he declined further information beyond his publicly available affidavit.

Mr. Popescu obtained documentation from Forexware revealing a solvent company dating to August 2014, but he only insisted on obtaining up to date information several months later. At the same time, he remained the liable person serving in his capacity as director of both BT Prime and Boston Prime, without having data about what was going on with the prime entities’ financials.

The affidavit reveals that since August 2014, and while serving as a director of both BT Prime and Boston Prime, Popescu had no information about what was going on with the prime entities. After all, during the period in question, a lot of transactions could have happened to the detriment of the companies.

If the adjustments made to the trades of the clients in question are indeed correct, this raises a series of questions towards the liquidity providers of the prime entities, which allegedly is exclusively FXDD.

Forexware and FXDD have been contacted by Forex Magnates reporters, but have declined to comment on the matter.

Following are the full affidavit by George Popescu and the exhibits.

Re “A strange USDCHF trade”

the ask high was well over 1.00 during the volatility, even when the bid was under 0.90. Definitely a less than ideal situation but to say its weird given the context is not correct.

This clear what happened, to save FXDD have sunk BT, without justifying such transfers and those subsequent price revisions, and more being FXDD liquidity provider. I think it should take action against directors of FXDD.
A greeting

@Victor Golovtchenko
could you provide the court filling url ？thanks.

I laugh at the Forex industry when they promote that it is the largest and most liquid market in the world because we now know it is not. And I think the NFA and CFTC and other regulators are stupid for taking away hedging and other risk management tools from the retail client. Shame on the regulators for trying to hinder clients from being the best they can be.

It’s time for everyone to cover their ass and Mr. Popescue is moving quickly.

@John A – a hedge isn’t going to save you during a flash crash when spreads are 1000+ pips wide. Managed risk in this case would have been to either not trade the pair or trade with a B book broker that is satisfied with taking only your entire balance.

It’s amazing how George always seems to remove himself from companies a year before they go bust with fraud. First BTR, now BT Prime. Probably just a coincidence though…

They all blame each other…. but they all have the same mother – CURRENCY MOUNTAIN. Thats who everyone should go for, hopefully they will save face and pay it all back!

I’m wondering if George enjoyed a nice payout from the sale of BT to Forexware, since he is a major shareholder. If he did, it would explain why he had so little visibility, and likely little interest in gaining such visibility, in the financial ongoings of BT. A person that a significant amount of wealth at stake with the company would take a bigger interest in the financial state of his own company. Willful blindness, plain and simple.

Fortunately, I don’t think that the NFA/CFTC is done with these clowns just yet. FXDD has no limits on it’s greed and stupidity. They couldn’t just walk away. It isn’t their nature. FXDD U.S. has applied to the National Futures Association (NFA) to withdraw its introducing broker (IB) license in the United States (January 30, 2015). They had just gotten their approval on Dec. 8, 2014.( Oh boy! More fines and lawsuits coming!) Funds have been missing for some time. Nobody knows nothin’….. EMIL ASSENTATO is the sole shareholder of Currency Mountain Holdings, LLC. Currency Mountain is a New York… Read more »

Popescu blue the whistle? He created this whole stuff and now the FCA should believe him?!

On a side note, FXSalt and Admiral Markets used to clear through Boston. Are they also in trouble now?

Yokel,
As insider, George didn’t make a penny from that sale.He was gone after the sale was completed ( I mean that he was still employed but was not involved in the company life at all) …
Fxdd screw George big times. Now he has all that personal liability ..

@Ronny: Yes they are http://forexmagnates.com/traders-tears-put-salt-fxsalt-bt-prime-client-shuts/

People should take to Twitter and other social media to make clients aware of these dangerous FXDD thieves!

somebody should report to malta regulator, and forexpeacearmy who can warn lot of peoples regarding this sneaky action

Take action against FXDD for those price revisions and transfers that have sent Boston Prime under.

I hope my complaint can be of help, because it’s total bs.

Nice try George…. Anyone who believes him deserves whatever happens to them. 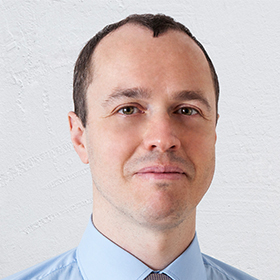 Exclusive: Boston Prime Bankruptcy Documentation Reveals More Client Funds Questions
Victor Golovtchenko: Victor Golovtchenko is committed to the retail side of the foreign exchange, equities, and commodities industry, having being an avid long-term trader himself for the past 11 years. Feel free to contact him regarding new platforms, services, or products designed to facilitate the daily life of retail traders in the industry.Mr. Golovtchenko has authored a number of investigative stories, shining light on a multitude of exclusive developments within the foreign exchange industry, whilst exploring corporate structures and M&A deals. Given his penchant for macro-oriented knowledge and journalism, Mr. Golovtchenko is also open to any contacts willing to share their market moving ideas and trading strategies. If you feel like discussing the state of the retail market you are encouraged to send him an email here.
wpDiscuz