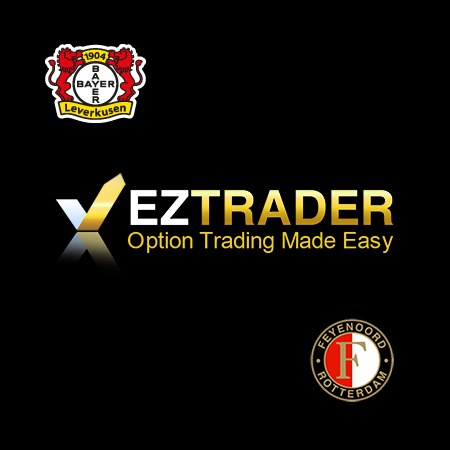 Forex Magnates has learned exclusively that CySEC regulated binary options brokerage EZTrader is the latest company from the industry to strike not one, but two premium partnership deals with major European football clubs, Beyer Leverkusen and Feyenoord Rotterdam.

According to the official announcement about the deal with German football club Beyer 04 Leverkusen, EZTrader was signed on as a premium partner for a three-year sponsorship for the entire teams’ activities along with an on-line presence.

Forex Magnates’ reporters reached out to EZTrader’s CEO, Shimon Citron, who also confirmed that a strategic partnership deal with Dutch football team Feyenoord Rotterdam has also been signed and will be officially unveiled next Monday.

He shared that both deals include the launch of so called “sharing websites,” where information about trading (in this case of binary options) will be presented to current and prospective clients using co-branding from EZTrader and the football clubs.

In a similar way, Forex.com is using a shared website with Manchester City to present educational material with the firm’s research director Kathleen Brooks coaching Vincent Kompany, captain of both Manchester City and the Belgian national football team.

Beyer 04 Leverkusen’s Board Member and Director of Communication, Meinolf Sprink, confirmed to Forex Magnates in an emailed statement, “The company will be visible at the BayArena via LED-Boards, TV-Boards in the second row of the BayArena, the use of Stadion Vision, various PR activities, Business Seats and Online presence.”

Bayer 04’s CEO, Michael Schade, stated in the official announcement, “The team is very pleased to welcome EZTrader.com as our premium partner. They are a popular and well respected binary options online trading provider here in Germany, and we look forward to a productive and exciting long-term relationship.”

While binary options companies are committing resources and efforts to strengthening their brands, especially in Germany and the Netherlands, some sources across the industry are suggesting that many of the strong brands in the binary options industry are aiming to go public in the coming years. Could we come to see one of the football sponsorships relate to a successful IPO?