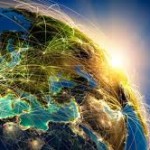 On behalf of everyone at Forex Magnates, I want to begin by wishing all of our readers a successful 2015 and hope that 2014 lived up to all of your expectations. Secondly, knowing we are in the midst of the holidays season, if you are reading this article today it probably means you like our work and care about the forex industry; We appreciate that.

Getting back to business. When it comes to reviewing December, Russia, its economy and the ruble are on the top of the list for most meaningful news stories. However, as we’ve devoted many of our pages during December to the effects of Russia’s economic woes on the overall forex industry, I thought we’d use this time to review some of the other stories and important trends that took place this month.

M&A: Compared to November’s acquisition of City Index by GAIN Capital, December’s list of mergers and acquisitions weren’t of the large scale variety. However, what they lacked in size, they made up for in the volume of deals taking place.

Among interesting deals, Leverate announced that its founders had bought back the 25% stake that had been purchased by Saxo Bank. Rumored to be on the verge of taking place for much of 2014, financials of the deal weren’t provided but are expected to appear when Saxo Bank issues its annual report for 2014 next year. When Saxo Bank had initially taken the stake in Leverate, expectations were that it would become a core technology ingredient in the broker’s rollout of MT4 to clients. However, following tepid interest for MT4 products under the Saxo brand, Saxo Bank has been refocusing on improving their proprietary offerings to clients, having launched the social-trading platform TradingFloor in January.

While Saxo Bank was divesting technology, one of their Danish neighbors, CFH Group, announced that it was acquiring a 50% stake in Tradimo Interactive. The deal was viewed as strategic and would lead to the integration of Tradimo’s marketing products within CFH’s overall B2B broker offering.

Elsewhere, strategic deals also took place in two funding deals. First, eToro announced that it had raised $27 million in funding from Chinese Ping An Ventures and Russian SBT Venture Capital. Partnering with the two firms is expected to provide eToro with help in expanding their presence in both China and Russia. Also, Virtu could see a lift to its non-equity trading business after Singapore’s Temasek Holding was reported to have bought a stake in the US based market maker.

In what has become a bit controversial, capital introductions to retail traders is becoming a more popular trend recently. It is based on providing successful retail traders introductions to manage third party assets or receive incentives in copy-trading programs. During December, we had three such announcements. Beginning the month, eToro announced the launch of an incentives program for trade leaders of its social trading network. Later, TopTradr launched its newest trading competition, with the winner getting to manage $10 million of institutional funds. That was followed by AxiTrader creating a “Seed Funding Program” for retail traders to become professional traders.

Although diverse in how their capital introductions work, the three launches reveal the growing desire by retail-focused firms to attract successful traders. The trend is part of a greater problem, a dearth of consistently profitable forex traders able to be leaders of copy-trading platforms as well as managers of institutional accounts.

There has been a lot of discussion about peer-to-peer (P2P) marketplaces during 2014. Whether it’s crowdfunding, digital exchanges or lending, P2P is showing up all over the place in finance, and specifically the fintech sector. One can argue, though, that P2P isn’t really a new phenomenon, as stock exchanges are also a form of P2P that rely on central order books and members.

The reason why P2P is becoming a hot topic is that, through technology, it is becoming easier to apply the exchange/marketplace model. We see this taking place in established trading markets such as derivatives with the emergence of electronic based swap execution facilities (SEFs), as well as other areas like personal lending and angel investing. The bottom line is that if a financial market has high fees and high barriers of entry, there is probably a P2P-marketplace product being created to disrupt it. The attraction for these new marketplaces was seen in December, as P2P lender LendingClub went public with a greater-than $5 billion valuation. Interest for non-bank alternatives to lending was also witnessed as OnDeck successfully priced its IPO after LendingClub’s debut, as well as UK P2P lender Fundable raising venture funds.

Also worth keeping your eyes on:

FXPrimus: The broker was among the more active firms during December. Days before 2014 ended, CySec announced that FXPrimus had been granted a financial license with the regulator. This followed an earlier announcement that FXPrimus has acquired Capital Market Services to begin to provide institutional trading services to brokers and professional traders. With a strong footprint in South East Asia and China, FXPrimus has been compared to a smaller version of IronFX with their focus on establishing physical presence in numerous countries.

IronFX IPO Update: Speaking of IronFX, the broker was reported by other media sources as having begun the process of going public in the US. The news was a bit surprising for several reasons, among them that they are still a relatively young company and growth focused, whereas IPO candidates typically try to cut costs and expand revenues before going public. It’s worth noting that if they had indeed filed with the SEC using a confidentiality filing, the 21-day period wherein their registration would need to become public passed earlier this week.

EBS: After announcing November average daily volumes (ADV) of $123 billion, EBS marked three solid months of trading on the platform. The trading rebound occurred just half a year after ADV hit multi-year lows of $68.5 billion in April 2014. EBS has been certainly helped by its reputation as a venue of last resort for yen and euro liquidity, with the two currencies experiencing an increase in volatility. It is also believed that EBS is benefitting from the buyside who, after being booted off the platform for their high frequency trading order flow, are returning as liquidity providers.

none of the ipo wannabees are for real. just PR stunts.