Israel-headquartered social trading network eToro has become the latest firm to have withdrawn from the local market as it canceled its application for a Israeli Security Authority (ISA) Trading Arena licence, according the regulators.

Beyond the symbolism of leaving the market where it was born, the move is not expected to have any significant effect on the broker as it is focused on growing in emerging markets such as Russia and China as its CEO Yoni Assia recently explained in an interview.

Joe Hall, eToro’s UK MD Business, commented on the matter to Finance Magnates: “Following a continuous dialogue with the ISA and despite a mutual willingness, we have decided to withdraw our trading platform application as the company’s offering can’t reside in the current regulatory environment in Israel yet. 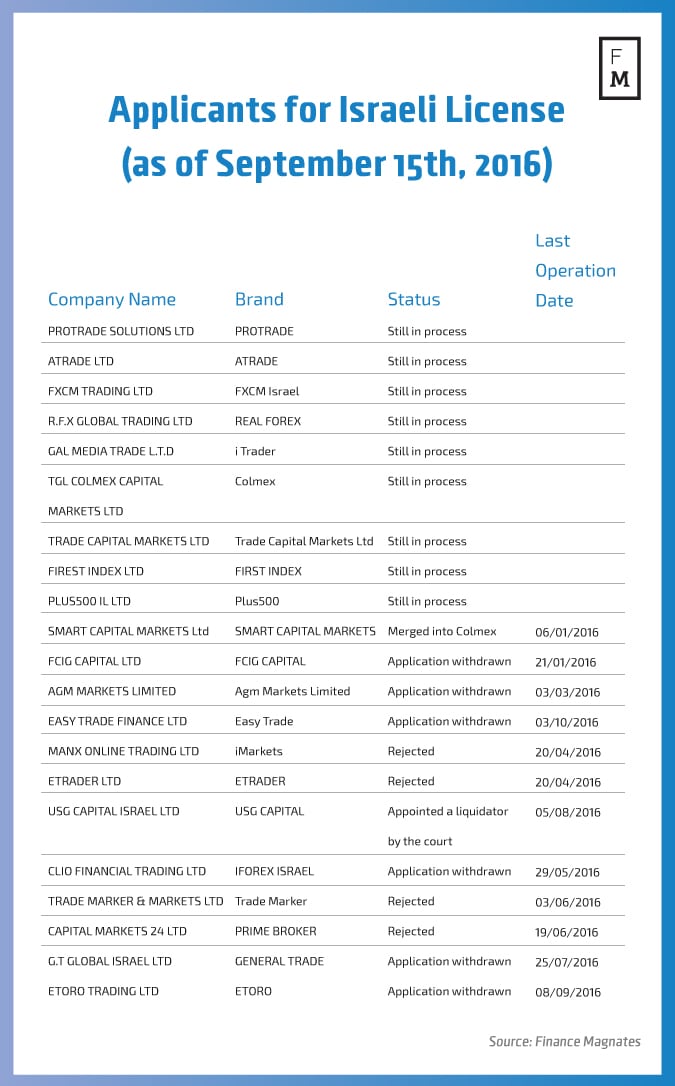 Tzah Druker, the head of the Israeli Trading Arena Association, which represents the industry in its dealings with the regulator, commented: “As we expected and feared, the extreme requirements of the regulator in Israel from the trading arenas cause the driving away of the biggest and highest quality elements of the industry.

Only a handful of companies are left that will be able to operate in Israel in a very limited fashion, and we hope that with the expected issuing of licences at the end of the month, the ISA will be smart enough to align with the intentions of the legislators to protect Israeli clients and not to push them offshore.”