In late 2013 the Australian Government established a Financial Systems Inquiry, and this week they have released their response.

Of the 44 recommendations released by the Financial Systems Inquiry, the Government has accepted all but one. The implementation of the recommendations is stated as being beyond 2016, including one recommendation which has the ability to affect the margin FX and OTC derivative industry quite substantially.

It is well known that ASIC has not granted an Australian Financial Services Licence (AFSL) to a retail OTC derivative broker for the past 14 months to 2 years. Prospective investors from the Asia Pacific region, particularly from China, have been directly impacted by ASIC’s reluctance to license these providers with these types of AFSLs.

It has led to an increase in people exploring the option of purchasing an existing AFSL in order to enter the market. This can be a quick way to commence operations and many international investors consider this an attractive option.

The sale of an AFSL essentially involves the sale of the company who holds the AFSL. Upon completion of the sale, the new owner of the AFSL is required to notify ASIC by providing them with a change of control letter. This is sent to ASIC after change of control has occurred and ASIC does not have the opportunity to halt the transfer.

The Government’s response to recommendation 29 of the Financial Systems Inquiry is that it will develop legislative amendments that will provide ASIC with stronger regulatory tools, including the power for ASIC to approve changes of licensee control.

Whilst it is not clear at this stage what ASIC’s powers will entail, it is reasonable to assume that changes in control of AFSLs will be required to meet certain requirements, and would most likely need to be assessed and approved by ASIC prior to the finalisation of the change in control taking place.

These legislative amendments are a significant change to the level of intervention of government in what would ordinarily be a private transaction (i.e. the sale of a business). They follow in the steps of the United Kingdom’s Financial Conduct Authority (FCA) which has been approving change in control of regulated companies for many years now.

In addition, this allows ASIC to further restrict the continued operation of retail margin FX AFSLs and is likely to be another tool used by ASIC to suspend and cancel these types of AFSLs.

The acceptance of recommendation 29 by the Government in this way may also be used to limit and control the instances of international investors purchasing and continuing to operate margin FX AFSLs.

ASIC’s extensive focus on the FX industry commenced in late 2013 when it warned retail investors of the dangers of FX trading.

Australia’s attention on the FX industry follows similar scrutiny by its Western counterparts such as the U.S. Securities and Exchange Commission, the FCA in the UK and the Financial Markets Authority in New Zealand. The introduction of these new legislative amendments to approve the change in control is likely to bring a further crackdown on the FX industry.

ASIC has already suspended licenses after they were sold. How is this going to be any different. There’s no way I’d waste money buying a license you are asking for trouble.

ASIC IS A “BUCKETSHOP” PROTECTOR. SEE COMPETITION AND CONSUMER ACT 2010 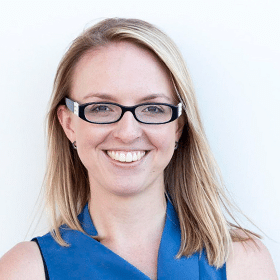