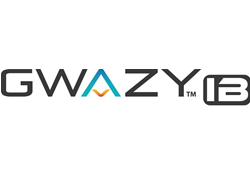 Following the announcement of its newly offered trading platform under the GWAZY brand name,  the CySEC-regulated Cypriot Investment Firm (CIF) Windsor Brokers Ltd. has launched an IB-portal for GWAZY to support introducing brokers and partners offering the platform.

Forex Magnates had covered the original launch of the platform in Q3 2013, as well as conducted extensive research into the nature of Hybrid-style trading platforms that combine new methods of trading with traditional approaches to form a hybrid or new way to trade. This research included the GWAZY platform and is available in our previous Quarterly Industry Report (QIR) for the last quarter of 2013, and similar topics were covered in our latest QIR report for Q1 2014 which was just published last week.

The new GWAZY IB Portal is web-based, provides IB’s with a professional administration panel, a user-friendly dashboard, a complete client management and reporting system including up-to-date performance reports and exclusive technical support, according to the press release description.

Forex Magnates received comments from Jubran Jubran, Head of Business Development at Windsor Brokers Ltd, who explained further regarding the launch,“The GWAZY IB Portal is a value added service that allows our partners to have full control, flexibility and tracking capabilities over their operations.  GWAZY is already a unique platform and a brand new trading method.  For this reason we were enthusiastic to introduce its dedicated IB Portal which is simple and user-friendly yet incorporates all necessary records and reports for referrals, activity, conversion and performance in one centralized station.  The IB Portal follows the same principal as the GWAZY trading platform itself; easy, fast and efficient.

Mr. Jubran added, “The GWAZY IB Portal was launched today.  Although the platform was launched 6 months ago, GWAZY is still new to us and to the public.  We need to remember that this is not just another new platform but a diversion to the common trading models and practices. For this reason it is still enhancing its features; it is now also available in the Arabic, Farsi and Chinese languages and has also recently integrated a remarkable new function called ‘Support’ which allows traders to actually improve their trading strategies.”

Headquartered in Limassol, the company had recently made the portal live, and followed with an official press release today. The news follows from earlier this year when the company celebrated its 25th anniversary with the President of the Republic of Cyprus providing a key-note speech during the celebration.

According to an excerpt of his speech transcribed on the website created for the event, the President of Cyprus Nicos Anastasiades said, “I had the honour to be the lawyer of Windsor when back in 1988 it established a financial services firm in Cyprus. I consider this to be an honour since Windsor was the first ever company to establish a financial services firm in Cyprus.”

President Anastasiades added, “The Abuaitahs were the first to realize the dynamics of the financial services industry in Cyprus and the competitive advantages Cyprus offered to foreign investors; such as, its diversified open-market economy, its highly-educated workforce, its strategic location at the crossroads of the three continents of Europe, Asia and Africa, its well-developed infrastructure and its favourable tax regime.”

An excerpt of Windsor Brokers CEO also transcribed on the events website, included comments of Windsors history and current position in terms of staff, capital and product launches, “Windsor started in 1988 with only two employees . Today, 120 members of staff constitute Windsor’s workforce in Cyprus and internationally. We started with the amount of CYP 10,000 as capital and today we take pride in having around $40 million as capital reserve with a capital adequacy ratio above 30%.”

Mr. Abuaitah added, “We have built our own state of the art building premises, our corporate headquarters, ‘The Windsor Business Center’ located in a prominent location in Limassol, designed to accommodate a financial firm with the latest technology needs and providing all the comforts required by its staff members.”

“Windsor has innovated and created many of the standards that are used in our industry, from the introduction of simplified account statement to our contribution in the development of the most popular online trading system in the world and finally in 2013 we are the creators of the idea and methodology of a totally innovative trading method ‘GWAZY’.”

Related Developments in Cyprus and for GWAZY

The company said that it was ranked in the top ten of CIFs in Cyprus based on capital reserves in 2013, and maintains CySEC authorization with passports through Europe via FCA registration within the European Economic Activity (EEA) area.

In similar news from last year President Anastasiades had attended and spoke to guests during the inaugural opening of the IronFX office in Cyprus, after its headquarters were relocated there, as covered by Forex Magnates.

In addition, according to people close to the developments the GWAZY platform although initially launched for inexperienced traders by using a simplified trading method that is easier to understand, a more sophisticated version is expected to attract the attention of more advanced traders, which could help propel the platform further into an expanded target audience.

Forex Magnates will hold – in conjunction with Conversion Pros – the IFX EXPO International event in Cyprus, for the 3rd year, this May 27th through the 30th, in Limassol, with more information available for registrants on the event homepage.