IFCM Group, with regulatory hubs in several jurisdictions across its various subsidiaries, had its IFC Markets Corp business line release an upgraded version to its NetTradeX platform, adding some unique features in the latest update to build 2.6.0 for the IFC Markets brand.

Aside from subtle additions such as a percentage chart that allows an overlay of various instruments, and a sync mode to view multiple charts, the more major change was the addition of a brand new concept called Personal Composite Index (PCI) – which allows traders to construct their own mini benchmarks.

An excerpt explaining the way PCI calculates the customizable indexes using the firms GeWorko method can be seen in the formula in the diagram below, copied from the company’s website:

According to the official press release, the concept was recently introduced by IFC Markets, and allows clients to create their own instruments using a vast number of variations in terms of possible combinations, given the number of configurable parameters.

Forex Magnates has written extensive research regarding Hybrid platforms and new ways to trade, in the last Quarterly Industry Report for the 4th Quarter (QIR4), a free preview of which we shared earlier this month.

The Hybrid like offering, under the PCI name, is integrated in the NetTradeX platform and allows personal composite instruments to be created within the platform with a few clicks. A screen shot provided to Forex Magnates by a company spokesperson reveals the details within the platform, following the latest upgrade.

Forex Magnates’ reporters received comments from Dmitry Loukashov, a Financial Markets Analyst at IFC Markets, who said regarding the upgrade, “NetTradeX’s newest version is updated with PCI trading, which is an innovative tool for financial markets. Creation of personal instruments will open new horizons in implementing different trading strategies.” 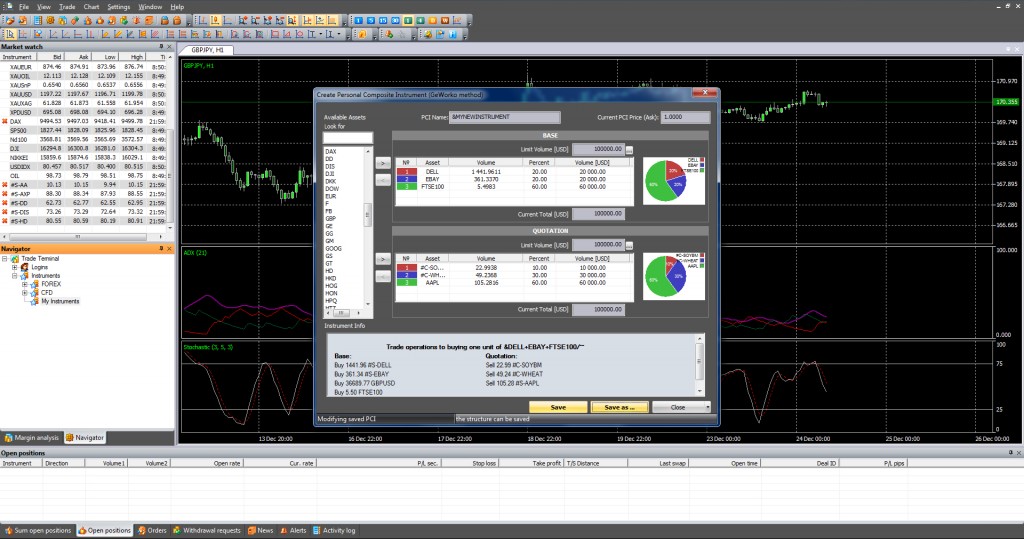 As discussed above, Percentage charts is a feature involved in many advanced trading platforms, and for the IFC Markets version – provides traders with an opportunity to see behaviors of up to ten instruments on a single chart, according to the description in the company’s press release today.

This lets investors watch the speed of price changes of assets relative to each other, and although on its own might just sound like something many platforms have, when used together with the PCI creation tool, the combined value could be enhanced, as a client may wish to add respective underlying instruments to a percentage chart either before or after creating a PCI, using the NetTradeX platform.

The grouping of displayed instruments was also reorganized in the lasts upgrade that brought the platform from version 2.5.1 (which is still the one listed on its main corporate website) to version 2.6.0 – the latest version in the new update, as told to Forex Magnates’ reporters by a company spokesperson.

The company is looking to enhance its CFD trading capabilities with the new tools provided, which it expects to add value to as a professionally described product. The developer of the platform is NetTradeX Corp, also part of the IFCM Group, with IFC Markets Corp a licensee of the technology.

Version Upgraded to 2.6.0 by NetTradeX Corp, Part of IFCM Group

Forex Magnates confirmed the major upgrade with the new PCI function, which will initially be launched for the firm’s Windows-based operating system version of the NetTradeX platform, with plans to add these upgrades to the remaining operating systems that support the product.

The future plans for adding the upgrade will be included on Android, iOS and the Windows Mobile version of the platform.

The firm also offers the MT4 platform, alongside its list of offered platforms. A screenshot below of the NetTradeX platform depicts the above mentioned percentage chart, with its properties and parameters that can be configured with specific criteria. 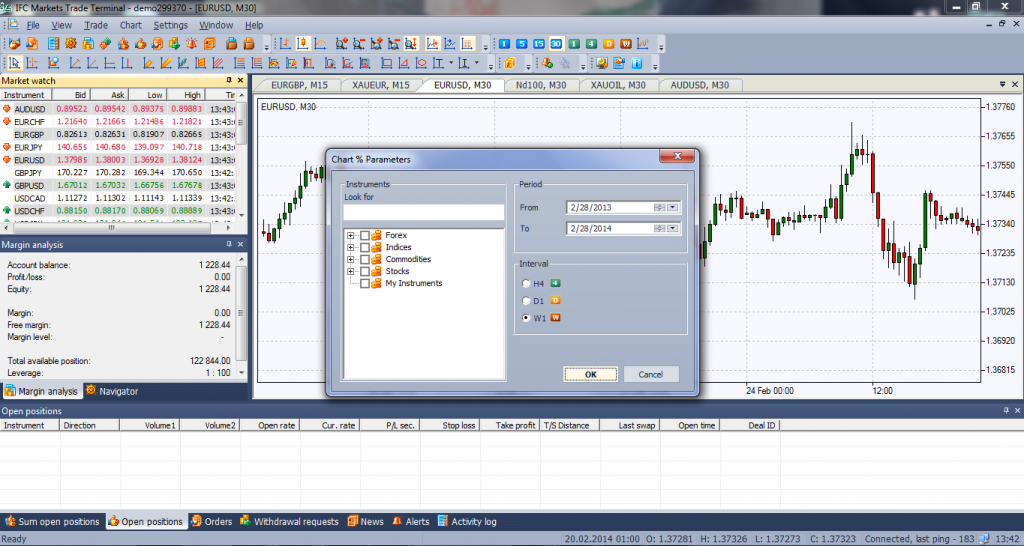