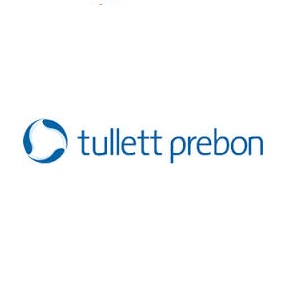 Throughout the period starting on July 1st, Tullett Prebon plc (LON:TLPR) has continued to face challenging trading conditions according to the company’s Interim Management Statement. While in recent weeks volatility across markets has picked up materially, the firm highlighted that revenues from September and October were flat-based on constant exchange rates and 2% lower as was reported.

Activity in the Americas and in Asia-Pacific has been more pronounced, while the Middle East and Europe have been trailing behind because of the effects related to further flattening and lowering of yield curves, contributing to decreased trading activity in the region.

Revenue in the four months from July to October totaled £233m ($369 million), which was 4% lower than in the same period in 2013 at constant exchange rates, and 8% lower as reported.

The company highlighted its continued efforts to further reduce its headcount and other fixed costs. The annual fixed costs are expected to decline by more than £40mln due to the cost improvement program, as 160 front office and about 50 back office personnel are let go and office space is vacated.

The annualised operating profit benefit from the above mentioned cost-cutting efforts for Tullett Prebon plc (LON:TLPR) is expected to total £35mln, with a targeted benefit of around half that amount in the second half of this year.

The company’s shares have been trading lower by 3.3% in the early London hours, despite the company having delivered better results in comparison to the first half of 2014, when Tullett Prebon plc’s (LON:TLPR) profits were down 18% YoY.

The Company is also currently under investigation by the Financial Conduct Authority (FCA) in relation to certain ‘wash trades’ (trades that are risk-free, with no commercial rationale or economic purpose, on which brokerage is paid) carried out by two former employees, one of whom is Noel Cryan.

As part of this investigation, the Company continues to cooperate with regulators and government agencies.

Back in October 2014, Tullett Prebon plc (LON:TLPR) acknowledged that the British Serious Fraud Office (SFO) had launched criminal proceedings against Noel Cryan, a former employee of the group, in connection with the manipulation of LIBOR.

The firm is working with the FCA, the SFO and other regulators and government agencies in connection with their enquiries in relation to LIBOR and is fully cooperating with those requests.

Share this article
Tags: fca
Got a news tip? Let Us Know