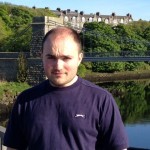 Vlad Gubernat is a full-time trader based in Romania who shares his thoughts on his blog JLTrader.

Last week’s unexpected move by the SNB is still the main discussion topic in forex traders’ circles, so my article today will also relate to it, albeit from a different perspective. If you will, it’s a continuation of my previous article.

One of the main attractions, at least as far as I’m concerned, of the forex market is its liquidity – a few trillions (yes, with a “t”) dollars on average are traded every day. This makes currency trading the most scalable form of trading, but also gives one the ability to apply a rigid risk control, knowing that the bid and ask are always present. There are a couple known exceptions though: As the markets are closed over the weekend, there’s always the risk of an opening gap on Monday, which sometimes can be quite big. Then we have important announcements like the NFP or Central Banks’ statements that can also lead to gaps. Because we know of these events beforehand, we can prepare for them – either by lightening positions or by closing them altogether. And now let’s see what SNB has to do with all this.

Since they introduced the EUR/CHF rate floor at 1.2 in September 2011, they not only made this pair untradeable – the most obvious effect, but they also attached a ticking time-bomb to all CHF pairs. A bomb which finally exploded on Thursday, January 15th, 2015.

After the rate floor was set, most sensible traders steered clear from EUR/CHF. But many still continued to trade CHF pairs, mainly USD/CHF. On various sites, you could still see charts and analyses on USD/CHF, GBP/CHF or CAD/CHF. I’ve always wondered why would anybody want to trade those pairs since CHF was no longer free-floating. It must have looked like diversifying, moving away from EUR related pairs, but all the while it was being oblivious to the CHF time-bomb.

While in my previous article I listed a couple of ways the loss for a trader caught in the CHF debacle could have been reduced, the point I’m making now is that he or she shouldn’t have had a CHF position in the first place. One of Paul Tudor Jones’ trading rules as quoted in Market Wizards is “never trade in situations where you don’t have control.” Well, by introducing the CHF peg to EUR, SNB removed the control given by deep liquidity that one has in forex. The failure to realize this important fact is the major reason why people continued to trade the CHF.

Some traders might say that no one believed that such a move was possible with a major currency, and therefore any current losses couldn’t have been prevented. Although the sheer magnitude of the price action took everyone by surprise, there was a big warning sign: the fact that several brokers drastically reduced the leverage on CHF pairs a few months before.

load of bollocks. usdchf 2nd most liquid pair in world.
it was deceit by snb.
nothing to stop boj intervening in jpy pairs like they used to.

It’s not about your choice of pair it’s about how much you throw on the table. Of couse use your entire account balance and yes your screwed.

Makes sense. Too bad JLT that folks at FXCM were not that smart to figure this out.

Hi, USCHF is more liquid than GBPUSD, or AUDUSD, volume turnover is not directly correlated to liquidty. Point in case for a fund like everest that lost the $830M, they prefer more liquid pair to exit at any time night or day, (under normal market condition for last 3 years!) Unfortunate at 3:1 leverage youre down 75% in a blink. Bearing in mind USDCHF was a very clear uptrend and easy money. For a hop a long trader trading $1M lots, doesnt matter what pair you trade you always get a fill. Try filling $1.0B+ in one pair, different story,… Read more »

When looking at things in retrospect it is very easy to make assumptions… Traders simply believed that other currencies like the Pound and Dollar would keep appreciating against the CHF as this was fixed to the EUR. The Swiss Central Bank itself said a couple of days before that its rate was fixed and that it intended to defend it!!

Link bait, in retrospect, nothing more.