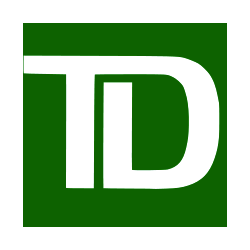 A recent study by the TD Ameritrade, holding corporation behind stock brokerage TD Ameritrade, reveals a worrying trend in the investing mindset of the next generation to start their investment decisions – Generation Z (ages 15-24). With this demographic facing substantial challenges like unemployment, questionable social security benefits and high student loan debt averaging $29,000, for now, this generation is a likely saver.

The financial crisis has taken its toll on the attitudes towards investment – just 17% of those surveyed shared that they will invest in the stock market. The post-Lehman Brother debacle has proven to have left a deep mark on the mindsets of the younger generation.

With this in mind, we could have another 1930’s generation which is focused on savings rather than spending. From a structural standpoint the great recession can bring about a more fiscally sound generation to tackle the growing debt levels in the US, however, will this lead to more fiscally sound financial decisions?

According to the survey, 51% of the surveyed members of Generation Z (84%) have reported that their parents brought up the importance of saving, on average, by age 14. As a result, 57% of Gen Z think that saving is very important, which is higher by 7% when compared to last year’s results.

As US households kept deleveraging last year, 9 out of 10 respondents say that they will save a portion of their income and 36% are planning to follow a budget (up from 27% last year). The data on whether they will adhere to these intentions is very difficult to track.

With the low interest rates environment likely to persist for quite a long time, savings are not leading to a way out for indebted households. The move by the NFA to ban credit card funding of trading accounts comes as a no surprise if we look at metrics which show credit card debt rising with age.

For one, it appears credit card debt increases with age.

The perception of investing being too risky, can completely change the picture for future generations in the US. Investment seems to be becoming a privilege for the well off, which can further increase already looming inequality gaps.

The low interest rates policy adopted by the Federal Reserve is not helping any of this and brokerages will need to embark on substantial educational efforts in order to be able to cater to their future younger clients if they want to convince them to trade pretty much on any market.

Managing Director at TD Ameritrade, Nicole Sherrod says, “While it’s promising to see that Gen Z is starting off with a good understanding of the importance of investing and saving, there is a tremendous opportunity to help educate them on all of the available options.

Teaching those lessons before they leave the nest can have an impact on how they pursue their long-term financial goals. However, it’s just as important that young people have access to financial resources to help them put these lessons into practice when they leave home and enter the lecture halls.”

The survey found out that only 10 percent of those in Gen Z reported learning financial lessons from a teacher or course at school. Many Gen Z respondents (42%) reported they have not taken a class about investing, largely because there were no classes available (40%).

[…] our breakdown of the current regulatory status of Bitcoin in multiple […]