The second foreign exchange volume survey for 2014 has marked a milestone for the North American forex market.

According to data collected throughout the period, over-the-counter (OTC) foreign exchange instrument transactions (including spot, outright forward, foreign exchange swap and option transactions) totaled a record $1,095 billion daily up to October 2014, which is the highest volume on record since the survey began in 2004.

The October 2014 number was 35% higher than the average daily volume (ADV) for the previous six months ending April 2014. It was also 34% higher than last year’s figures. 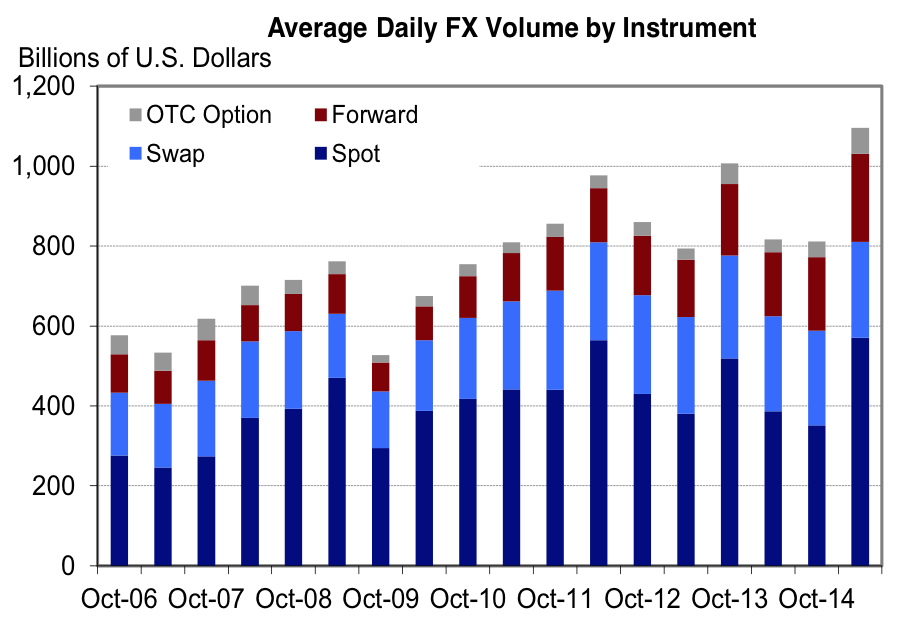 Spot transactions have risen even sharper by 62% since the previous survey. OTC options and forwards volumes rose 66% and 20% respectively. Swaps trading consolidated, growing only one percent.

The increase in trading volumes across the spectrum is attributed to the rise of so-called “other financial customers” and reporting dealers, which respectively accounted for 49% and 25% of the growth figures. 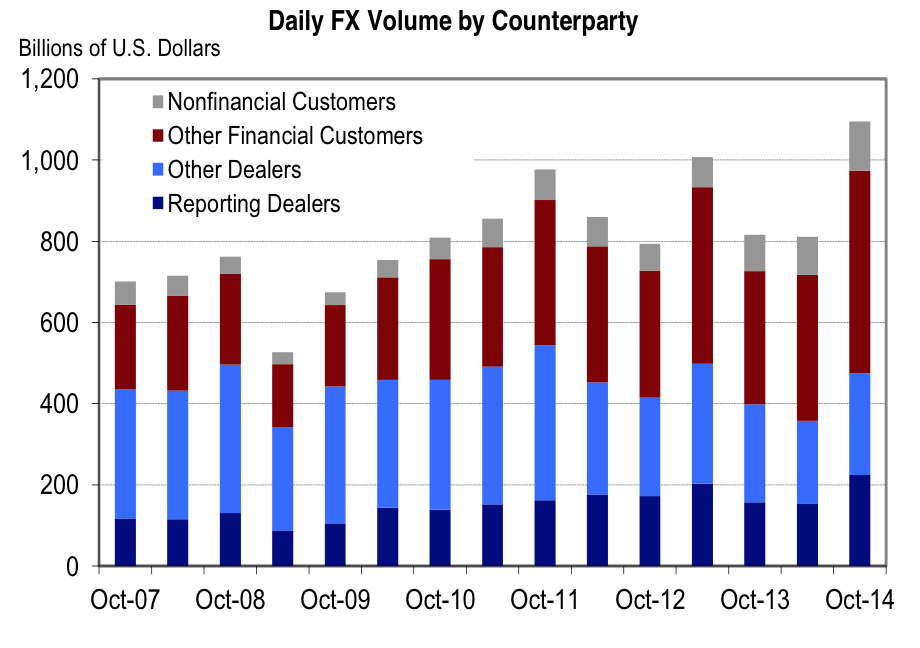 Trading volumes across different currencies were led by the euro and the Japanese yen, which rose 52% and 41% when compared with the April 2014 figures.

Following is the full data set of the North American Foreign Exchange Survey for October 2014.