PLPs have the obligation to quote a pre-defined number of series In and Out Of the Money. 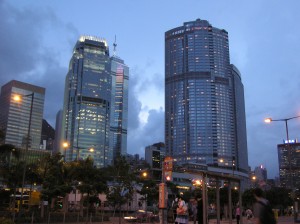 The banks will provide market-making in Hong Kong for a number of offshore renminbi instruments while the HKMA will provide them with access to a dedicated repo facility of RMB2 billion to each of the PLPs. The HKMA has a currency swap agreement with the People’s Bank of China until the end of 2014, which is most likely going to be renewed in the coming weeks with a substantial increase to its current size totaling RMB400 billion.

The PLPs were selected through a competitive process among all of the 16 contributing banks for CNH HIBOR fixing actively participating in the offshore renminbi market.

HKMA’s CEO, Norman Chan said, “The launch of the PLP initiative is an important step for further enhancing the infrastructure for the offshore renminbi market in Hong Kong. The PLPs will help make the CNH products in Hong Kong more liquid and make more use of Hong Kong to support their CNH business worldwide. This will reinforce the status of Hong Kong as the global hub for offshore renminbi business.”

The designation is for a term of two years, starting from the 27th of October, 2014.

The increasing use of offshore renminbi transactions has been highlighted in a recent report by the Society for Worldwide Interbank Financial Telecommunications (SWIFT).

The latest SWIFT Renminbi Tracker report revealed that over the past two years international renminbi payments between ‘true’ offshore trading centres (which exclude China and Hong Kong) have grown by +837% in value compared to an overall growth of +378%, reaching a share of 3.25% in September 2014.

Recently, the UK Treasury appointed the Bank of China, HSBC and Standard Chartered to administer the issuance of Chinese renminbi RMB-denominated sovereign bonds outside of China for the first time.

Share this article
Tags: hkma
Got a news tip? Let Us Know