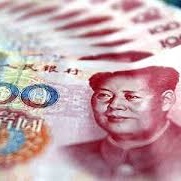 The triumvirate of Bank of China (Boc), HSBC and Standard Chartered has been appointed by the UK Treasury to administer the issuance of Chinese renminbi RMB-denominated sovereign bonds outside China for the first time.

The new UK Treasury offering was initially announced back in mid-September, having now relied on the three banks for issuance assistance. The issuing of the new bond further reiterates London’s commitment to positioning itself as an offshore financial center for Chinese markets, amid rising demand.

The bond will help finance the UK’s reserves and represents a strengthing of its currency position, given its present reserves that only constitute US dollars, the euro, Japanese yen, and Canadian dollars. Ultimately, the UK Treasury is betting on the RMB becoming a more globally utilized currency across reserves.

According to a recent statement from the UK Treasury press release, “Today’s announcement further cements Britain’s position as the western hub for RMB, and represents the next step in the government’s long-term economic plan to establish Britain as the center of global finance.”

Indeed, the UK has already taken steps to ensure it has aggregated substantial RMB trading, in essence making a bid to become one of the most extensive offshore centers for the Chinese currency.