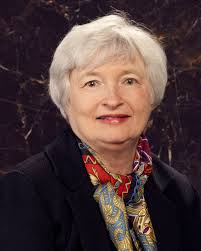 During her semi-annual monetary policy testimony before the Senate’s banking committee, the Federal Reserve’s Chair, Janet Yellen, reiterated the central bank’s commitment to put an end to its bond buying program in the third quarter. During the Q & A session following her prepared remarks she stated, “It would take a very significant change in the outlook to rethink an October end to QE3.”

The testimony itself should not have been a big surprise to the markets, however if one looks at the US dollar trading ranges, those have all been breached for the benefit of the US currency (except for the British pound, which continues to benefit from an expected rate hike by the Bank of England before the end of 2014). The fall in gold prices by $20 reiterates the bias that the market has in reading Janet Yellen’s prepared remarks and listening to the Q&A session.

US Dollar Volatility Around the Corner

With recent acceleration in employment growth following a somewhat subdued trend in 2013, Mrs. Yellen has mentioned that there is a risk of rates rising sooner rather than later, despite the FED remaining data driven. The mention of higher rates has largely triggered the rally in the US dollar across the board.

The expectations for the end of the tapering manoeuvre which will lead to the end of the third quantitative easing program (QE3) have already started to get priced into the FX market after last week’s minutes from the Federal Reserve’s Open Market Committee meeting have revealed discussions about concluding with tapering in October. The most vulnerable currency is the Euro, as the European Central Bank’s Balance sheet is going to be expanded in the coming quarters as it embarks on additional easing programs.

In contrast, the Federal Reserve’s balance sheet is going to stop expanding for the first time since the US central bank has gone into “crisis mode”. What traders would be caring about most in the coming months is the employments situation – looks like we are likely to go back to those days where we could see 100 pips moves in major G7 FX pairs on the release of a single number.

The chart below shows that the number of total nonfarm employment positions has risen above previous highs marked back in 2007. Granted, there are more part-time jobs than during the previous cycle and this is driving the household survey unemployment rate statistic higher, however, things might not look as dire and the Federal Reserve might be simply too worried about the stock market deflating rather than the real economy.

With the chart above showing the sheer number of jobs being higher than before the “Great Recession” started, it’s puzzling as to why the FED is so reluctant to acknowledge the progress on the unemployment front. The household survey is currently marking 6.1% as the official rate of unemployment, however the rate itself has always been a lagging indicator.

Main stream media is widely exposing the lowering labor force participation rate as being the key factor behind employment weakness.

The lower trend has been ongoing since the beginning of the first Internet stock bubble, and it would be brave to say there is no coincidence with the dawn of the tech-era in which we all are living in. The labor force participation rate is largely a result of not enough qualified people in the labor force and the share of structural unemployment, which the FED can do nothing about, is greatly underestimated.

Is the FED Too Late to Tighten (Again)?

With the number of jobless claims hovering near levels last seen in 2007, before the unfolding of the financial crisis, Janet Yellen mentioned housing as being one of the problematic sectors in the economy these days. With the financial sector healthy and bank earnings growing as recent reports by JP Morgan and Goldman Sachs have shown, there is not much reason for the FED to stay at zero, at least if we trust the government’s numbers.

There are two possible scenarios out there – either the FED itself  does not trust official government data, or it has changed its criteria for a healthy enough labor market and is on course to embark on yet another prolonged easing cycle chasing another housing bubble, which would result in an even more traumatic unfolding.

Share this article
Tags: gold / traders
Got a news tip? Let Us Know

Could you clarify what you mean by ‘structural unemployment’?