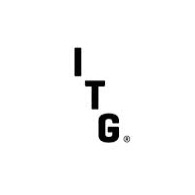 Agency brokerage and financial technology innovator, Investment Technology Group (NYSE:ITG), has just reported its results for the fourth quarter of 2014. In a regulatory filing the firm has revealed that its net income has risen 34% YoY to $13 million, while the company’s revenues rose 12.8%.

The better than expected bottom line result and much higher profitability has driven the shares of Investment Technology Group (NYSE:ITG) up over 3% at the start of New York trading. The firm reported that the net income figure was also impacted by employee termination charges totaling $2.1 million.

Investment Technology Group (NYSE:ITG) has repurchased $12.0 million worth of shares.

ITG’s Chief Executive Officer and President, Bob Gasser, commented in the announcement, ”In the fourth quarter, our North American results demonstrated the operating leverage we have built into our business as market volumes rebounded. We also saw solid performance in both Europe and Asia-Pacific.”