Adding to concensus that there is a considerable increase in volumes industrywide this year is the latest volume report from Hotspot FX, whose volumes are 10.8% up from those of January.

2. Volume Breakdown
In February 2013, the European and American sessions gained +.37% and +1.88% in market share by respectively. Activity in the Asian session decreased by 2.23%. 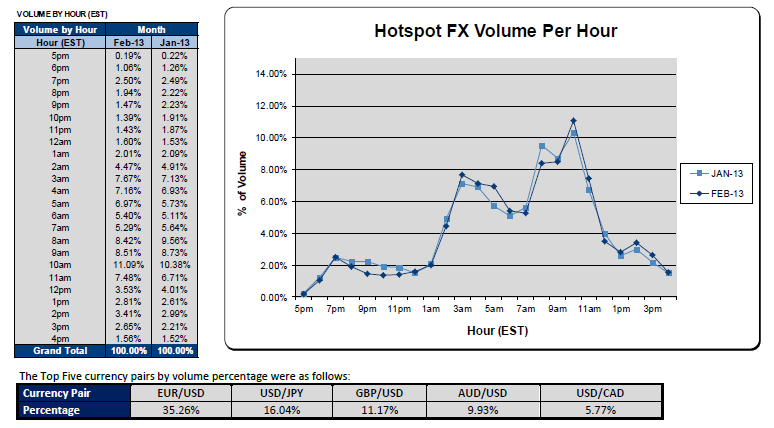 In February 2013, the Top 20 pairs largely experienced slight volume fluctuations and ranking shifts. Notable activity occurred in GBP/USD which increased by 1.46%; displacing AUD/USD to become the 3rd most active pair. 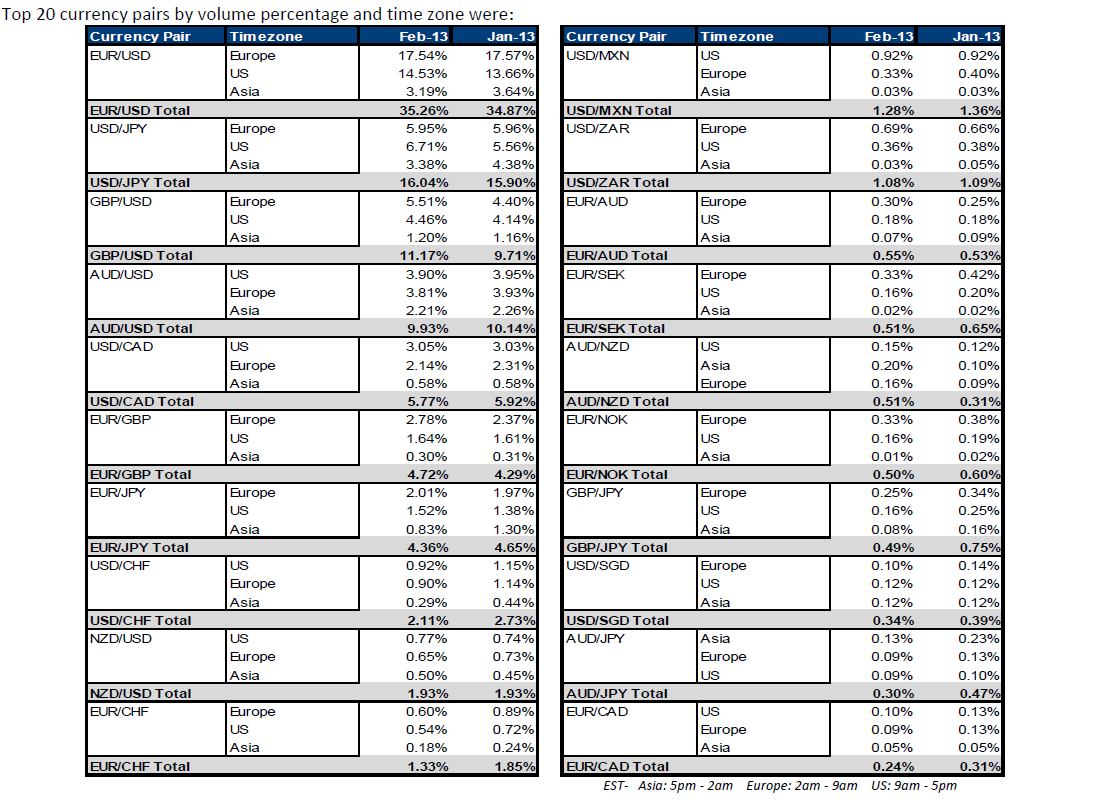 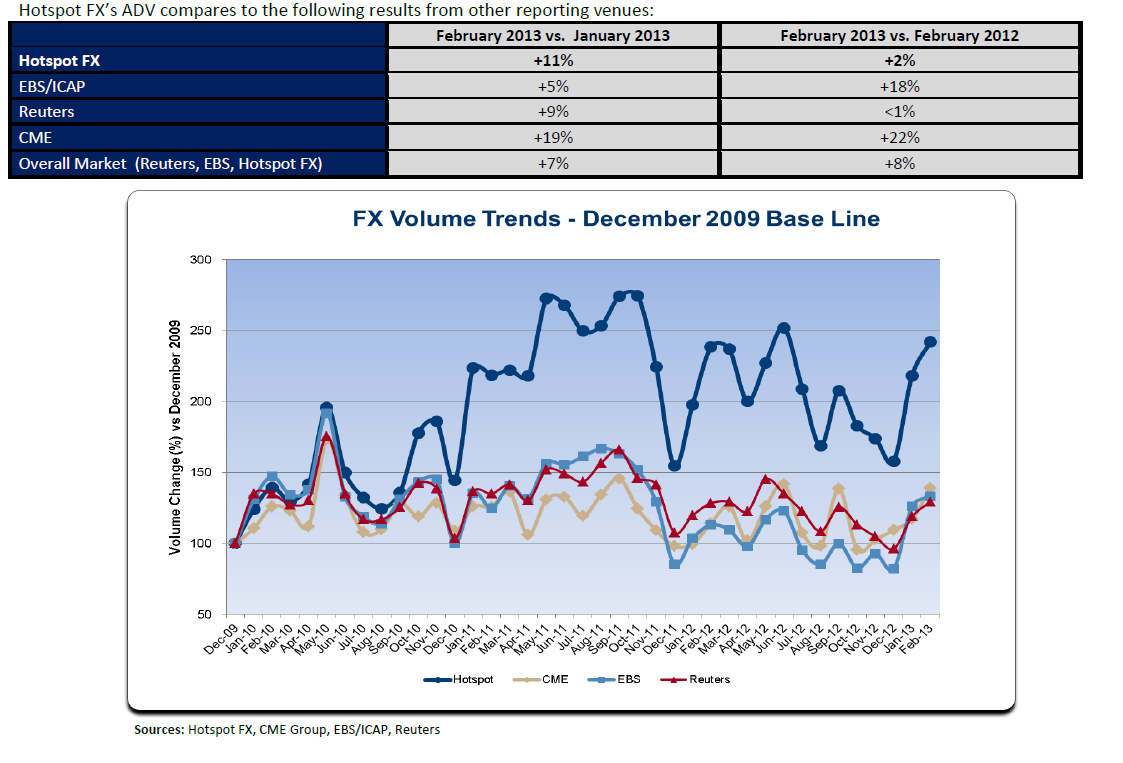 Share this article
Tags: forex / trading
Got a news tip? Let Us Know