IronFX Global, the Cyprus-based online broker, has announced that it is launching its biggest live trading competition,“The IronFX Intergalactic Trading  Competition,” where forex traders will compete for a place aboard a Virgin Atlantic spaceship.

As more and more Forex and binary options brokerages have recently signed sponsorship deals with leading sports teams in popular fields such as soccer, basketball or F1 car racing, IronFX found a way to be original with a prize that is truly out of this world. It would be quite interesting to see if this move ignites a space race among the other brokers to match the sports race that is already ongoing. 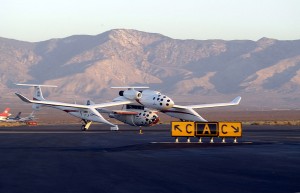 Running from September 1 until December 31, 2014, IronFX traders will compete for the prize of an experience on a suborbital spaceflight worth $250,000, and will “make history” by being the first trader in space as boasted by the company.. The broker is also offering up to $5,000 in cash to one hundred runners-up of the competition, making this the firm’s most expensive live trading competition to date.

Markos A. Kashiouris, Chairman & CEO of IronFX Global commented: “IronFX is unmatched in its efforts to reward clients and partners with unbeatable prizes and once-in-a-lifetime experiences. The ultimate prize of a trip to space is unique in the forex industry, and represents our tireless commitment to unrivalled innovation and incomparable excellence.“

This is not the first time IronFX has pulled an expensive publicity stunt like this. Beyond offering luxury prizes such as two Ferraris and a Lamborghini before, the broker also agreed to pay a sum of nearly three million euros earlier this year for a sponsorship deal with the Spanish football club, FC Barcelona, so that the broker could use the club’s image it’s advertising.

wow … just when I thought they couldn’t get any more ridiculous.

I hope people realize the only way for bucket shops like Iron FX to pay for this is to count on people losing money with maxed out leverage. This feels so used car sales man tactics…

My God. Really? Thought they were planning to do another luxury car but they moved to Space. Unbelievable. This news let me have to try and Win. lol.

You guys are really funny .. I see it cool and something new in this boring industry of yours ..

The distance that you travel on that journey, is still know where near as wide as their spread at news time! 😉

I agree with Josh. May be the others are giving charity to their clients or what?

Global in every aspect. Continue impressing us while others wonder why they are going down.

The contest is based on highest equity, which will bring out the gamblers. But at least they are trading with live funds. Here is where it got interesting:

Paragraph 17: “…In addition, swap free accounts and STP/ECN accounts are disqualified from this contest and are not entitled to receive any awards prizes.” Perhaps I can understand swap-free accounts, but why would any broker specifically ban their STP/ECN products? I would think a legit broker would want to see their ECN prominently promoted.

Jon,
Since IronFX make most of their money on “the book” it make sense to ban STP account for them. When someone is using ECN/STP they get paid on the volume traded and split it with whoever is the liquidity provider. If someone using a book account they can take the entire amount, commissions as well as the money the client loose, which 95% of all fx traders do. So it is very simple, more people using a regular book account, the more money they make. Simple but that is how the industry works.

Looks like other companies have the same idea – i think it will soon become an “unoriginal marketing idea” http://www.pocket-lint.com/news/130651-new-land-rover-discovery-sport-comes-with-chance-to-win-a-flight-to-space-on-virgin-galactic

I HEARD THEY JUST OPENED A NEW OFFICE IN SPACE.