Following a marathon emergency summit, Eurozone leaders have reached an agreement on a Greek bailout plan. The common currency rallied in response, but after hitting a daily high the rally subsided and eventually turned negative.

EuroSummit has unanimously reached agreement. All ready to go for ESM programme for #Greece with serious reforms & financial support

#Eurozone Summit about to start… seems we have a deal… #Europe deserves some good news, #Greece

The Greek government will now need to prove it can pass the needed reforms in parliament and there have already been reports of the prime minister’s intention to fire the more radical far-left members of his Syriza party from government in order to do so. Energy Minister Panagiotis Lafazanis, head of the “Left Platform” within Syriza and Deputy Labour Minister Dimitris Stratoulis, are two of the most prominent figures Alexis Tsipras will have to remove from power.

The greek Labour Minister Panos Skourletis already commented on the deal this morning and predicated new elections will be needed. He said: “In different circumstances, if there was normality, if there were no capital controls and a banking problem, I would immediately say that we should go to elections. The measures of the forthcoming deal plan are not viable.”

According to the last leaked details about the deal, by Wednesday Tsipras has to pass a number of legislations in parliament, including the simplification of the tax rates and applying taxes more widely, pension reform (which means cutting public sector pensions substantially), as well as making the national statistics agency independent.

Following the immediate actions, the government will also need to push for the future privatization of public assets, such as the national energy grid and possibly the transfer of assets to an independent fund. Syriza members have repeatedly called such measures as humiliating and especially object to pension reforms, therefore the road to recovery is not yet paved. 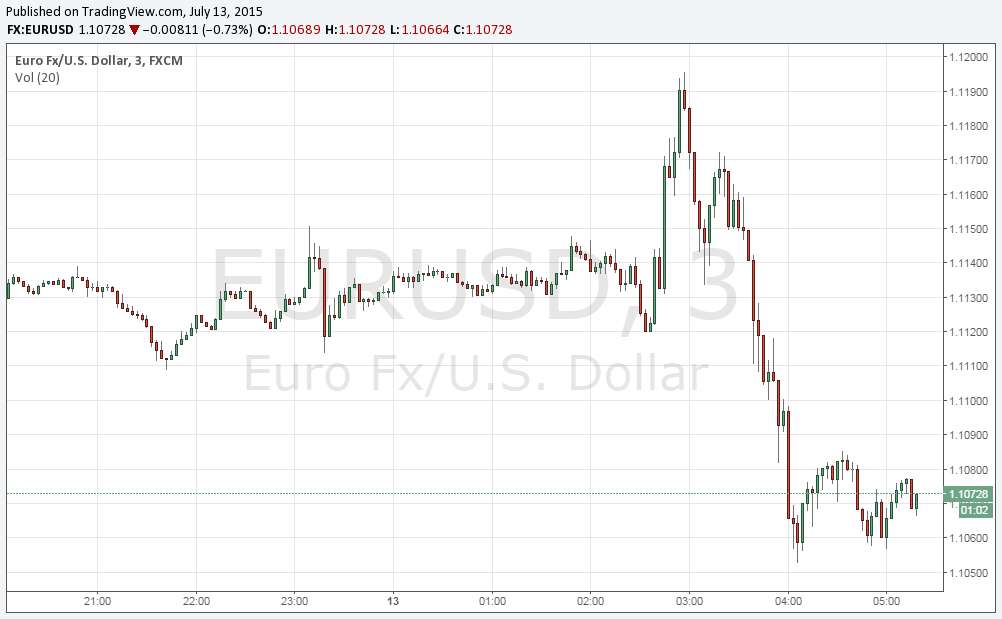 It seems likely volatility is not about to disappear all of a sudden following the announcement, however the financial industry is already looking forward to a calmer market. eToro has just notified its clients that the limitation on leverage has been lifted.