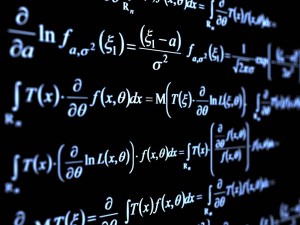 Another chapter in the foreign exchange fixings saga is up for grabs as apparently the New York’s Department of Financial Services has embarked on a new path as part of the ongoing fixings manipulation investigations, suspecting that Deutsche Bank and Barclays Plc used certain algorithms within their platforms to facilitate price manipulation.

Reuters reports that Deutsche Bank and Barclays’ FX market-making algorithms are under investigation by the New York banking regulator according to sources. While this sounds intriguing and makes for a good story, it is highly debatable whether the monitoring is in fact aiming at the algorithms or at identifying other tactics actually used for manipulating FX fixing rates.

First of all, while the desire to inflate bonus checks at major banks’ trading desks have clearly overwhelmed common sense, leaving a clear trace within the banks’ systems, in a digital environment where every bit of data is recorded and everybody knows about it, it’s not in the style of the secret chatrooms where traders gathered to conspire about fixing manipulation.

The second, and main, reason any findings linkable to manipulation of foreign exchange fixings is doubtful is purely technological. It would be very difficult, if not impossible, for regulators to prove if a certain algorithm has been designed to be used for securing better matching or for manipulation.

Automated market makers use algorithms to provide liquidity in electronic markets. Two traders with a different take on the market direction will rarely be matched directly. Instead, a set of instructions can take the function of matching a single trade with hundreds of different orders.

The complexity of these systems is extraordinary and the compliance procedures which they have to pass are quite stringent.

Even the notoriously famous and allegedly unfair high-frequency trading algorithms have been, in fact, designed to fully comply with the regulatory environment, and the possibility that major banks have failed to supervise this part of their business, in our view, is remote.

Share this article
Tags: investigation
Got a news tip? Let Us Know