Since emerging into the world of finance, Bitcoin’s impact is growing wider steadily, revolutionizing the very concept of currency and plunging into markets and financial institutions. Keeping track of rapid developments in the digital currency’s realm, Forex Magnates reports the weekly news and analysis from our specialized site, DC Magnates. This week on the agenda are rumors about Nasdaq embracing Bitcoin as part of Forex ambitions, along with short-term investment prospects and some long-term thoughts about Bitcoin’s future as a decentralized currency.

Is Bitcoin on the way to the Nasdaq as the exchange eyes Forex trade?

The New York Post reports that there may be a race to becoming the first regulated Bitcoin exchange in New York, the only missing piece to the puzzle being regulation itself. Citing unnamed sources, the Post says that NASDAQ and Marc Andreesson are both actively looking to launch such an exchange. It’s not entirely clear from these rumors if the intention is to have Bitcoins traded as is, or to trade Bitcoin exposure through ETFs. A more basic question is if NASDAQ is a stock exchange, what is their connection to Bitcoins? The answer may lie in the exchange’s possible launch of a Forex trading venue. Read the full article here.

Is it possible to make a profit with short-term Bitcoin trading?

Alongside big picture movements revolving around the digital currency, one has to consider day-to-day trade opportunities as well. Looking at the price movements of Bitcoin, any trader eyeing the currency would certainly have had the thought pop into their heads. The volatile price movements can be an exciting and attractive feature; however, it is also a frightening aspect. Its volatility is derived mainly from the fact that unlike shares, Forex or commodities, it is a product that is entirely decentralized, with scant operating rules and no regulatory body governing it. Take for instance events earlier this month in June. Bitcoin saw a drop in its prices from around US$640 to $600. This was not due to any traditional factors, such as supply or demand, but this was because GHash.IO, one of the largest Bitcoin mining pools, made it to 51% of mining power, rocking the entire Bitcoin market. Read the full article here

Bitcoin thoughts: In order to thrive, Bitcoin must give up on decentralization

A number of hot topics in the crypto space are starting to coalesce, a strong reminder that the model of decentralization from authority simply doesn’t work. To be candid, it is a direct contradiction to the very definition of money, as most supporters would probably want it to eventually behave as full-fledged money. 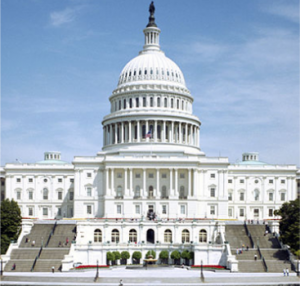 The key attributes that differentiate Bitcoin from fiat are: (1) it is (said to be) “decentralized” from authority, (2) peer-to-peer (p2p) (3) transactions are irreversible (4) transactions are (sort of) anonymous. Bitcoin however, can retain its value-added features and still have 100% centralization. The concept of centralized digital currencies has been intriguing us, and DC Magnates has followed the recent developments with MintChip. Read the full article here.

Ha! Try centralizing bitcoin and watch everyone abandon it overnight. You central bankers just don’t get it do you? The greatest aspect of bitcoin is that there is no central authority controlling it. Fools.