The New York Post reports that there may be a race to become the first regulated Bitcoin exchange in New York, the only missing piece to the puzzle being regulation itself.

Citing unnamed sources, the Post says that the NASDAQ and Marc Andreesson are both actively looking to launch such an exchange. What’s first needed though is final guidance from the New York Department of Financial Services (NYFDS), which has been mulling a rulebook for such activities and the possibility of requiring a “Bitlicense”.

Andreesson is a venture capitalist, co-founding Silicon Valley VC firm Andreessen Horowitz. He is also known as the author for the first widely used internet browser Mosaic and as co-founder of Netspace Communications. He has reportedly approached the NYDFS to gain clarity on upcoming rules and what would be required to launch an exchange. Sources also said that Nasdaq is looking to move quickly and launch such an exchange within a year. Marco Santori, a New York-based attorney, has said that “it would provide some serious competition to these startups.”

It’s not entirely clear from these rumors if the intention is to have bitcoins traded as-is, or to trade bitcoin exposure through ETFs. A more basic question is if NASDAQ is a stock exchange, what is their connection to bitcoins?  The answer may lie in the exchange’s possible launch of a forex trading venue.

Our parent site, Forex Magnates previously reported that NASDAQ OMX was a recent sponsor of the Shift Forex expo event FXIC NYC 2014 last week. The sponsorship is part of an overall increase of their involvement in the forex sector, which also includes the launch of forex related trade surveillance products last month. 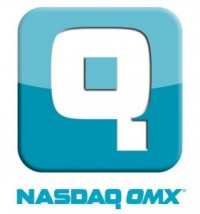 According to industry sources speaking on condition of anonymity to Forex Magnates, NASDAQ is now beyond the exploratory process. They are actively engaged, both internally and with 3rd party technology and liquidity partners, to create a US-based forex trading exchange, with estimates of a Q4 2014 or Q1 2015 launch. Already existing at NASDAQ are multi-asset data, trading platforms and clearing solutions that can be used as part of any forex exchange infrastructure.

If launched, a NASDAQ forex trading exchange is expected to be similar to that of UK regulated LMAX, utilizing a central order book and a public trading facility. Within the $5 trillion a day forex industry, the central orderbooks comprise but a small fraction of trading, with the vast majority conducted over the counter (OTC) between customers and dealing banks/brokers.

The Post article also alluded to an existing relationship between NASDAQ and Bitcoin. It states: “Nasdaq already has a small foothold in the bitcoin community with its listing of the Winklevoss twins’ bitcoin exchange-traded fund, the first publicly traded ETF of the currency.” To be sure, all that has transpired thus far is the twins’ registering the fund with the Securities and Exchange Commission (SEC). It has actually been in the works for quite some time and is still in the approval stage.

As such, NASDAQ’s interest in bitcoins may indeed be more than just an ETF listing. It can be part of bigger plans to expand tradable assets on their group of exchanges. With forex trading a likely possibility, adding bitcoins can quickly transform NASDAQ into a leading venue for centralized trading of the decentralized digital currency market.

Share this article
Tags: Exchanges / nasdaq
Got a news tip? Let Us Know

Besides Elon Musk, I have a man-crush on Marc Andreesson and generally pay attention to what he’s up to. This is pretty cool news actually. [Proud owner of a few BTC from his VC backed firm – coinbase]