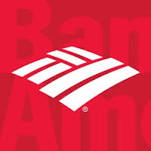 According to regulatory filings made with the U.S. Securities and Exchange Commission (SEC), Bank of America is the latest bank drawn into the evolving Forex probe into some of the world’s largest dealers over alleged foreign exchange rate manipulation.

The growing FX probe that has been the subject of a number of lawsuits seeking class action status, as global regulators continues to investigate, is thus expanded to now include 8 banks or a total of 11 entities that have made such disclosures that they are being probed under the ongoing globally scoping case.

The news was revealed in a Form 10K Annual Report filing by Bank of America Corporation for its 2013 full-year. Bank of America Corporation is the Delaware entity that represents the brand’s group of companies, including Merrill Lynch, and a vast number of direct and indirect subsidiaries, with some 242,000 full-time employees as of December 2013, according to the nearly 500 page filing that reviewed metrics and material events for its 2013 full-year results.

Bank of America described in the filing signed by its CEO, Brian T. Moynihan,“Government authorities in North America, Europe and Asia are conducting investigations and making inquiries of a significant number of FX market participants, including the [Bank of America] Corporation, regarding conduct and practices in certain FX markets over multiple years. The Corporation is cooperating with these investigations and inquiries.”

The bank reported full-year 2013 metrics, which among other figures showed its Foreign Exchange business together with its Fixed Income and Commodities business (FICC),  revenues increase by barely eighth-tenths of a percent from $8.812 billion in 2012, up to $8.882 in 2013, an increase of $70 million in total Year-over-Year, on a net debit valuation adjustment (DVA) basis.

Through its Global Banking business segment, Bank of America’s capital management and treasury solutions include treasury management, foreign exchange and short-term investing options, among other Foreign Exchange related products from its other segment – the Global Markets business.

Net income for Global Markets increased $334 million to $1.6 billion in 2013 compared to 2012. Excluding net DVA and charges related to the U.K. corporate income tax rate reduction, net income decreased $543 million to $3.0 billion primarily driven by lower FICC revenue due to a challenging trading environment and higher non-interest expenses, partially offset by an increase in equities revenue, as per the filing.

Net DVA losses on derivatives were $508 million compared to losses of $2.4 billion in 2012. The U.K. corporate income tax rate reduction enacted in 2013 resulted in a $1.1 billion charge to income tax expenses in Global Markets for re-measurement of certain deferred tax assets compared to a similar charge of $781 million in 2012. Non-interest expenses increased $718 million to $12.0 billion due to an increase in litigation expenses.

The bank had an overhaul of the composition of its derivatives portfolio during 2013 to reflect actions taken for interest rate and foreign exchange rate risk management. The decision to re-position the derivatives portfolio was said to be based on a current assessment of economic and financial conditions including the interest rate and foreign currency environments, balance sheet composition and trends, and the relative mix of the bank’s cash and derivative positions.

Value at Risk (VaR) statistics for trading activites, including Foreign Exchange, across the 95 percentile and 99 percentile range, are compared below for 2013 with the previous year’s totals.

In addition to disclosing about the FX probe, as noted above, according to the filing, Bank of America has received subpoenas and information requests from government authorities in North America, Europe and Asia, including the DOJ, the U.S. Commodity Futures Trading Commission and the U.K. Financial Conduct Authority, concerning submissions made by panel banks in connection with the setting of London interbank offered rates (LIBOR) and other reference rates. Bank of America said in the filing that it’s cooperating with these inquiries. Other litigation ongoing and settled during 2013 was also disclosed, as required in the filing.

The bank also stated that during 2013 some of the market related factors that influenced its results, for example, how following the announcement of the Federal Reserve’s intent to reduce securities purchases in mid-2013, investors increased withdrawals of capital from certain emerging market countries, impacting interest rates, foreign exchange rates and credit spreads.

Shares of the company stock traded down 1.15% to close at $16.34 in New York yesterday, following the news.