A report published by the American National Association of Realtors (NAR) earlier this month has been making headlines in the financial press of both the U.S and China. In this Special China Series, we examine the deeper economic implications of the reality being revealed by this report and try to bring useful insights about the Chinese market to both investors and brokers.

The 2014 Profile of International Home Buying Activity, as the report is called, details the purchases of U.S. real estate by international clients for the twelve-month period ending March 2014. While the lengthy report contained interesting details of the purchasing behavior of many foreign nationals in the American housing market, the financial media focused completely on the Chinese buyers. Part of the reason for this, is the fear in the U.S of a rising China, which leads the American media to grab on to anything that might play on the notion that the Chinese economy is eclipsing the U.S and draw in the readers and commenters. 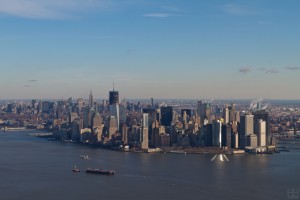 According to the NAR survey, the Chinese spent $22 billion on U.S. housing in the 12 months through March – 72% more than they spent the year before. Among foreign buyers, Canadians actually ranked highest in the share of transactions, at 19%, but the Chinese bought by far the most expensive homes, with an average price of $591,000, leading them to control nearly 25% of all foreign purchases. That’s compared to the $213,000 spent by the average Canadian buyer of U.S. real estate and about $200,000 spent by the average American. The Chinese also brought a lot of cash to the table apparently, as more than 75% of their purchases were without mortgages or finance.

We found five interesting aspects of the Chinese economy the survey helps bring to light:

The Chinese Are Looking for Safe Investments Abroad – When NAR surveyed more than 3,500 realtors about their international clients, it asked about the most important factor influencing purchases. Most cited were statements like, “the U.S. is viewed as a good” or “profitable” investment. But, the idea that U.S. real estate is a “secure investment” had risen the most — to 25% in 2014, up from 20% in 2009.

Western brokers need to take the conservative approach of Chinese investors to heart in order to attract them. Focusing on getting licensed or regulated in a reputable country is critical to convince Chinese of a firm’s prospects. The U.K’s FCA and the Australian ASIC are two financial watchdogs that Chinese traders seem to trust so much that some FX brokers establish in those countries specifically for the Chinese market.

The Stronger Yuan Is Changing Investment Flows– Exchange rate movements over the last several years have made U.S. assets more appealing to Chinese buyers. As the U.S. dollar has depreciated against the yuan, it has given the Chinese more buying power and China’s rise in U.S. real estate purchases has moved in lockstep. Seventy-five percent of realtors surveyed by NAR said the exchange rate was an important factor in their clients’ decision to buy. As the Chinese will let the yuan appreciate in the future, responding to demands from the U.S to let the currency rate float freely, we will see a movement of investment power from west to east.

Housing Bubble in China – After years of strong gains by several measures, China’s housing market appears to be cooling. The possibly overvalued market at home, along with increasing regulatory constraints on real estate purchases, might be encouraging the Chinese to buy overseas. Stories of “Ghost Cities” full of new buildings and malls but no residents or shoppers are popular among those commentators bearish on the Chinese real estate market.

Despite being greatly exaggerated, such reports need to raise warning signs to investors in China and might be the reason they choose to invest abroad. The bursting of a real estate bubble in China can lead to shockwaves around the world, as did the American bubble bursting a few years ago.

Money Laundering on a Grand Scale – China suffers from corruption and tax avoidance probably more than any other country in the world right now. It is no secret that corrupt Chinese government officials are taking advantage of their position in the growing economy to gather incredible amounts of wealth.

The fact that more than 75% of Chinese housing purchases in the U.S were made in cash, should raise great suspicions that some of the investments are an attempt to secure the ill-gotten gains away from China. Any broker dealing with Chinese clients needs to pay close attention to anti-money laundering procedures as the ruling party in China sees this as a dire threat to its power and will eventually start to chase down money launderers with great determination.

China Keeps Getting Richer – This is an obvious conclusion, but its effects need to be understood. The Chinese economy has been growing rapidly for three decades and shows little signs of slowing. Last week it was announced that Chinese GDP grew by 7.5% in the second quarter of 2014, slightly greater than the average 7.4% forecast by economists and the 7.4% growth rate in Q1.

Investors need to operate on the understanding that China is the engine of growth in the global economy and its market’s performance is a factor no less important than that of the American market. FX brokers, like in any other field, must follow developments in China relating to their business.

Buying in, Not Buying out

In conclusion, China is not buying America, same as Japan was not buying America in the 1980’s despite the rhetoric at the time. Foreign real estate investors represent only 7% of the total spent in the $1.2 trillion U.S market and Chinese are only a quarter of that. Chinese investors are attracted to popular urban centers such as New York and therefore seem to take over everything, when in reality they only make up less than 2% of the national market.

However, the general perception that new trends indicate global change is not inaccurate, and the American housing market is one more prism aspect of this change. All players in the financial markets need to take into account changes the global economy is undergoing, and be prepared for the effects. International investors would be wise to follow economic announcements coming out of China, almost as closely as they follow the Fed. Many FX brokers have already shifted their focus to China, and the industry already understands the importance of this market whose fingerprints can be found even in an American real estate survey.

In the China Special Series, a bi-weekly review, Forex Magnates brings to the front recent economic news and developments form the world’s largest economy. The rapidly growing Chinese economy presents traders and brokers some exciting business opportunities, and here we will shed light on everything one needs not  to overlook eyeing the Chinese giant. After presenting in depth, trends reflected in the latest NAR, next we will gravitate more towards the financial markets with a review of the Alibaba IPO and feature interviews with major players in the Chinese FX trading realm. Stay tuned.

Its funny how when things are good everyone is waving money around, and what happened to Japan in the 1980’s.. What will happen to China?! No one wants to come out and say it but history plays a funny tune.

@michael K, can you be more specific about your predictions for China?