GAIN analysts predict that the dollar will be the star performer in the G10 next year, reflecting a stronger US economic outlook and the Fed’s plan to move towards normalization of its monetary policy in the first half of 2015.

Kathleen Brooks, Research Director at FOREX.com, said: “Although there are dangers associated with the weakness in the economies of Europe and Asia to the US, the measures taken by those other nations could actually help the US maintain its strength, especially if we see the ECB embark on QE in 2015. All in all, the future looks bright for the world’s largest economy, and if oil prices continue to decline as they have in the latter half of 2014, the US may keep this momentum going even if the Fed starts to increase rates to a more historically normal level.”

The report, prepared by the FOREX.com research team, covers major global equity markets and commodities, including gold, silver and oil markets along with the potential price ranges for key G10 FX pairs, such as EUR/USD, GBP/USD, USD/JPY, EUR/GBP and USD/CNY.

As the end of the year draws closer, all retail brokers are set to release their own predictions for next year in the financial markets for the benefit of traders and their own internal uses. One example of a more brave and outlandish outlook is Saxo Bank’s Outrageous Predictions for 2015. 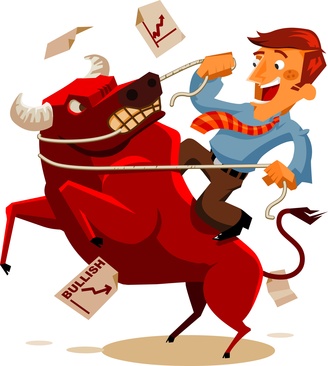 The dollar is expected to reign supreme in early 2015, as the divergent monetary policy paths between the Federal Reserve and the other major central banks drive the greenback higher

The outlook for the euro is negative, with widening sovereign spreads resulting from a potential political crisis in Greece, coupled with QE, likely to lead to another leg lower beyond 1.20 against the dollar.

Continued dovish talk from the Bank of England about interest rate rises, coupled with more difficult economic fundamentals, is likely to weigh on the pound next year.

As monetary policy in the US heads towards the path of normalization, only moderate further gains in US stocks are envisaged.

While Germany’s DAX could outperform in 2015 as the country leads growth in the Eurozone, the commodity-heavy FTSE 100 may struggle again.

The prospect of a tighter oil market means crude prices could soon stabilize, and the market will be less volatile than in 2014.

The generally bearish market sentiment towards gold seen in 2014 is likely to continue into next year.

Volatility is set to rise as economic data is likely to have a more direct and immediate impact on monetary policy over the next 12 months.