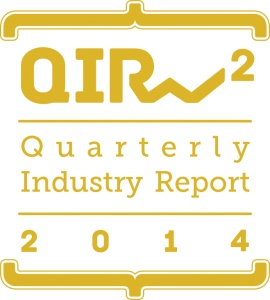 Following the conclusion of FX trading volume reports flowing from the industry for the first half of this year, we are presented with results which are quite substantially lower than what would have been expected by most players after the materially lower activity during the second half of 2013. The past quarter has offered yet another three months of slowing G7 FX volatility which culminated in a series of multi-decade lows throughout the last three months.

With the initial excitement after the Federal Reserve had finally started with its tapering effort waning and with the realization that interest rates are here to remain low for quite a substantial period ahead. If we take the British pound out of the equation, we have a stagnating market where the blind is leading the blind.

The ECB has rocked the euro at pretty much every single press conference during the month, only for it to reiterate its resilience in the light of the ever expanding Federal Reserve balance sheet, while the main factor behind the Japanese yen, which is the so called Abenomics effort that has been put to the test by the Japanese sales tax hike, which has taken effect since the beginning of April.

Publicly listed companies across the industry have experienced substantial declines with Plus500, FXCM and GAIN Capital being at the forefront of FX related stock market activity, all losing substantial market share.

On a positive note, some new exciting markets have been growing at a very rapid pace – among others is the rising star of North Africa, while in the technological and platform space we are seeing material new entrants starting to build up on the trust that initial users have granted to some innovative solutions such as Tradable.

The second quarter edition of the Forex Magnates Quarterly Industry Report has put some questions to industry insiders about the missing volatility in the markets and to what has happened to the imploding Japanese yen volatility which drove the retail brokerages across the FX market last year to mark their best volume figures ever. The most pressing questions to the industry, including the ways in which social media is used, as well as the most complete data on the trend of volumes across the globe are an eyeopener to the challenges which are accompanying the Forex industry today.