On their official Android Blog, Google announced several updates to their Android Pay system. Unveiled in the middle of the year, Android Pay arrived as Google’s mobile payment system for Android phones to compete with Apple Pay. Among its initial features that at the time hadn’t been launched by Apple Pay was the ability to store loyalty points for participating merchants.

However, Apple Pay has since added loyalty points features as well. In addition, Apple’s payment system also allows for in-app purchases. With it, app developers can speed up the payment process by enabling Apple Pay and its biometric verification features as a payment type.

Continuing the game of catch-up and leap-frog, Google unveiled that as of yesterday, developers can connect Android Pay capabilities to their apps. Among the initial launch partners of this new feature are many popular apps such as Instacart, Lyft, OpenTable and HotelTonight. According to Google, Android Pay provides benefits for both developers and consumers. 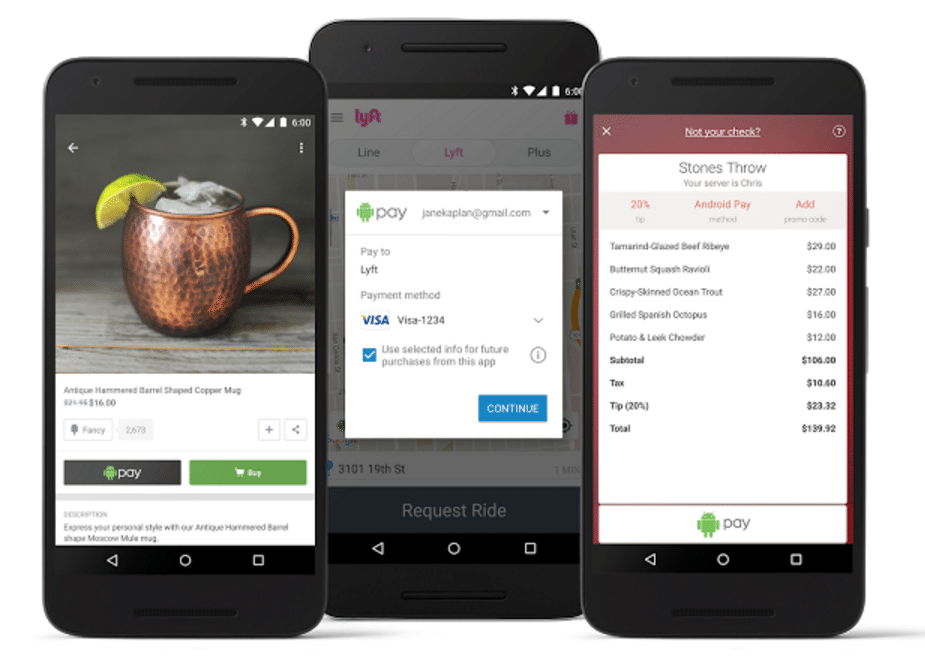 On the consumer side, the payment system is viewed as more secure as merchants don’t receive banking card information. In place of this is a virtual account number that is created for individual purchases. For developers, Google believes that Android Pay for in-app purchases provides lower friction on transactions and thus higher rates of completed sales.

Beyond new features, Google also announced that as part of their expansion into new countries, they are planning to launch the payment system in Australia during the first half of 2016. Early financial partners for the product were ANZ, Westpac, Bank of Melbourne, Bank of South Australia, Bendigo Bank, Cuscal, ING DIRECT, Macquarie Bank, and St. George. At launch, the firm plans to have the system available for Visa and MasterCard holders.