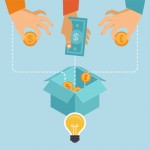 The referral program is part of an initiative by RBS to provide alternative borrowing opportunities for firms that don’t meet their criteria. According to the bank, they have reviewed and continue to explore different alternative lending partners with a goal of being able to provide their customers with two-to-five P2P lenders to consider for their needs. Crowdfunded P2P lending was chosen by RBS as the sector has been able to grab about 1% of the UK SME lending market and is growing 200% a year per the bank’s analysis.

Occurring this week will be the piloting of the program in Scotland & South-West England. Following this period, RBS is aiming for a national rollout to its Business Banking customers over the next three months. In its public statement about the plan, RBS explained that “this move demonstrates how RBS is delivering on the Independent Lending Review commitment to signpost alternative sources of finance.”

Also commenting on the news was Chancellor of the Exchequer George Osborne who stated, “A key part of our long term economic plan is to ensure that British businesses are able to access the finance they need to grow and succeed.” He added, “It is great to see companies like Funding Circle forging a new partnership with RBS to ensure that small British companies have the best access to funding.”

Although a competitor to the traditional banking sector, the partnering between RBS and P2P lenders represents an admission of sorts that the alternative lending source is disrupting banking. However, for all their differences, there are plenty of synergies for traditional banks and P2P lenders. Potential examples are for banks to become lending investors on P2P platforms to expand their lending portfolios. In addition, as viewed in RBS’s relationship with Funding Circle and Assetz Capital, there is an opportunity for banks to leverage their existing customer base to gain a new revenue stream based on referrals to P2P lenders. If successful, such partnerships could become more common as banks with limited lending sources may turn to P2P lenders to service their customer’s borrowing needs.

Commenting about the future of P2P lenders and banks working together, Andrew Holgate, MD of Assetz Capital, stated, “In the not very distant past, it would have been unthinkable for even a leading peer to peer lender to collaborate with a bank. However, it is clear that there’s a genuine desire emerging for banks to support SMEs more by introducing alternative lending industry options. We are proud to be working with RBS at the vanguard of this change and expect to deploy hundreds of millions of pounds at least over the next couple of years into great British businesses.”

Share this article
Tags: crowdfunding / rbs
Got a news tip? Let Us Know