On Sunday, Finance Magnates attended the second annual Fintech Junction conference, which was held at the Hilton, Tel Aviv. The inaugural event at this time last year attracted 1,500 attendees from 20 different countries according to the official website. 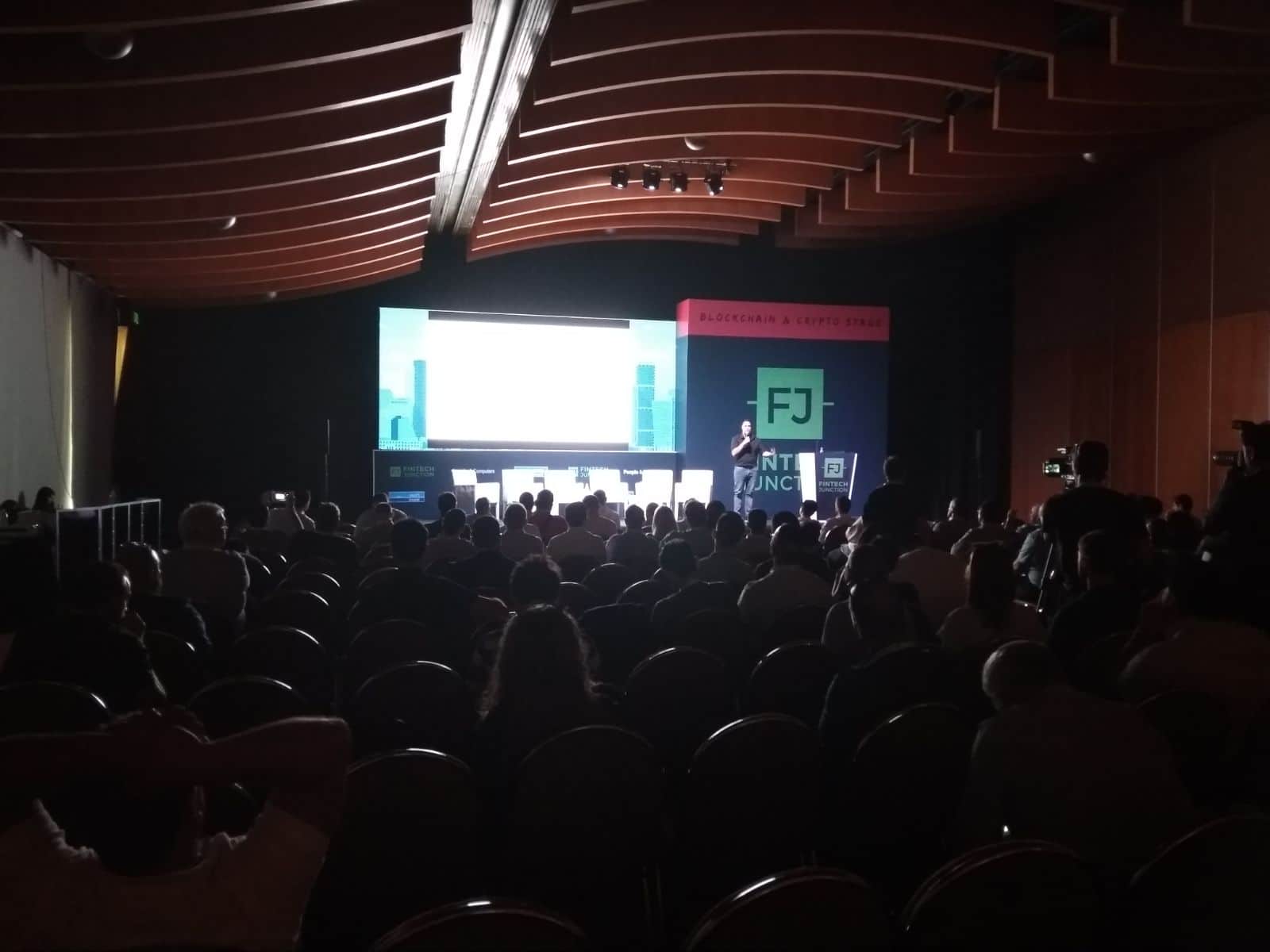 It featured speeches and panels given by representatives from companies in the field of banking and financial technology. As with many such events, it is set up to facilitate business meetings, with company booths in the hall outside the conference room next to the food and a service for arranging meetings operational in the days leading up to the event.

It began at 0830 with a startup competition, followed by an opening speech delivered by Ben Pelled, CEO of Fintech Junction. Pelled said that 20 percent of the attendees this year have come from abroad.

He began by interviewing Michal Kissos Hertzog, CEO of Pepper, which was one of the sponsors of the event. Pepper is a mobile bank which was launched by Bank Leumi in June 2017. Its interface is designed to be similar to a social media feed, and like social media, it uses AI to customise the feed to each customer.

She talked about how the most important thing about her company is the desire to facilitate change, her favourite phone application and how blockchain is a snapshot of the future.

Next up on stage was Gilles Gade of Cross River, a corporate bank set up in 2008 in New Jersey. CEO Gade, a Frenchman, explained how the bank works and how much profit it makes. He concluded by saying that his bank is not currently partnered with any Israeli companies and he is “open for business.”

Next came a panel of CEOs talking about the future of financial technology. It was chaired by Mor Assia of iAngels.

Inbal Lavi of Webpals Group said that there is a trend of investors increasingly trying to educate themselves and do research before investing. As users are becoming more sophisticated, marketing needs to keep up, she said.

Yoni Assia of eToro said that cryptocurrency woke up a new audience to the world of investing. He added that we should look at fintech before blockchain and fintech after blockchain like we see the world pre- and post-internet.

Avi Zeevi of Viola Group said that investors are more careful of late because of market dynamics, and it is a good thing that investors have more than one direction to invest in.

Gigi Levy-Weiss of NFX Guild said that there’s not really any reason to start up new companies, because the world is just waiting to see who the winners are going to be. People need to look at new areas which haven’t been covered yet, like blockchain technology. He said that bank systems are “rotten”.

Then there were a number of presentations from big banking corporations. They all discussed the fintech-related projects that their companies are working on.

Jo Coutuer, Chief Data Officer of Belgian bank BNP Paribas Fortis, talked about innovation. He said that entrepreneurism is what sets humans apart from other species of animal.

Shahar Friedman, who heads Visa’s Innovation Studio in Tel-Aviv, listed the new things that Visa is offering that will be attractive to fintech startups.

Kent Mackenzie, of Deloitte, said: “I don’t think we’re too far away at the touch of a button displaying to a regulator your status instead of hundred of pages of PDFs.”

Matt Comstock, Head of fintech and blockchain practice at US law firm Murphy & McGonigle, talked about blockchain and US securities law in terms of raising capital.

The event then split into four different stages. On the blockchain stage a representative from Microsoft, Adir Ron, talked about blockchain applications.

He began by explaining how distributed ledger technology works, and specifically how it remove trust from the equation. He then introduced a new open source product called the Azure Blockchain Workbench. It is supposed to “take all the plumbing work and do that for you.” According to Ron, it integrates with business applications and can be used with different blockchains. He said that Microsoft conducted an experiment with Bank Hapoalim, and found that several months of work was condensed down into five days.

Ron then provided examples of jurisdictions which are favourable for businesses in terms of cost and ease of licensing. 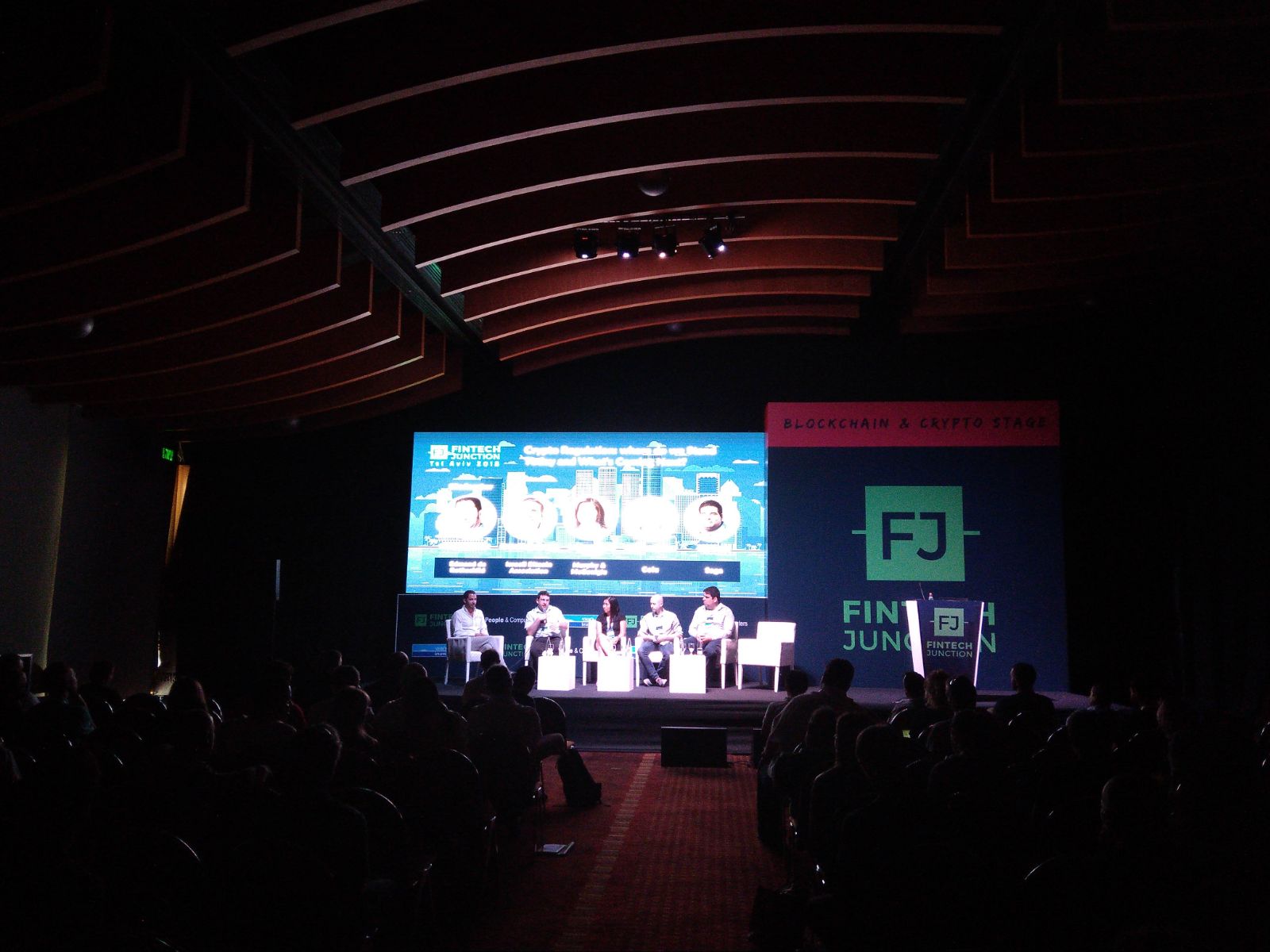 Panel: cryptocurrency regulation: where do we stand today and what’s coming next?

Meni Rosenfeld, Chairman of the Israeli Bitcoin Association, said that the problem with banks is that banks might oppose Bitcoin transfers because it is not regulated and they prefer to be sued by the client for not giving them service than to be sued by the government. “The banks have a point,” he added.

Regarding ICOs being classified as securities, he said: “If you don’t want to be classified in a certain way, don’t use it in that way.”

Elizabeth Lan Davis, a shareholder of Murphy & McGonigle, said that the problem in the US is that the situation is not centralised, varying state by state. She also doesn’t think that the Senate is going to change the law any time soon because there aren’t enough profits involved. She sees the situation evolving via lawsuits and court decisions.

Mark Smargon, VP Blockchain at Colu, said that the monopoly that banks had for printing money has been lost. He said that the Howey test is no longer relevant when testing whether a deal is a security or not – the definitions have been changed by technology.

Ido Sade, Foundation Council President of Saga, said that the best regulators are the ones that approach blockchain in a centralised way, as opposed to the situation in the US and Israel: “We chose Switzerland because of the clarity that FINMA provides.”

Michael Pearl, Head of Content and Intelligence at Finance Magnates, moderated. He asked if investors should be worried about Bitcoin dropping below $6000.

Ofer Rotem, an angel investor of blockchain-related startups, said that he doesn’t think that the fundamentals have changed. Other markets have dropped even more, for example, the crash in 2012, but the market survived.

Youval Rouach, CEO of Bits of Gold, and Nimrod Lehavi, CEO of Simplex, both agreed that in the long-term the price drop is not significant in terms of the infrastructure or real value of Bitcoin.

Shelly Hod Moyal, Co-CEO of iAngels, said that it’s still a relatively small and concentrated market, so people need to take into account that the market can be very easily manipulated by only a handful of people. She added that it takes about ten years to build a market, so she doesn’t think that people should be worried. “But if you’re looking at it like a trader, then good luck…”

Pearl then asked how the panellists view regulation in Israeli as compared with other places. Rouach said that he sees movement in Israel, but it is coming a bit late. Lehavi agreed, saying that places like Switzerland and Malta have taken over. Israel missed the train to be the market leader so is now just going to wait until the US decides what to do and copy them.

Rotem added about regulation in general: “I think there’s a lot of insider trading that in a regular market people go to jail for that.”