Estimize has announced that it has raised a $3 million series B round, led by the firm’s firm client, WorldQuant. Launched in 2012, Estimize is a crowdsourced stock estimates provider who also recently added economic indicators to their coverage. The product allows users to submit their own estimates of company net income and revenue figures, which are aggregated and appear alongside that of Wall Street forecasts. As portrayed when Finance Magnates highlighted the firm prior to Apple’s Q1 earnings announcement this past January, for many stocks, the crowdsourced estimates have been much more accurate than Wall Street figures. Ranking estimates, the product also allows users to easily distinguish who are the best forecasters, providing the ability to follow and receive notifications of changes by individual analysts and stocks. 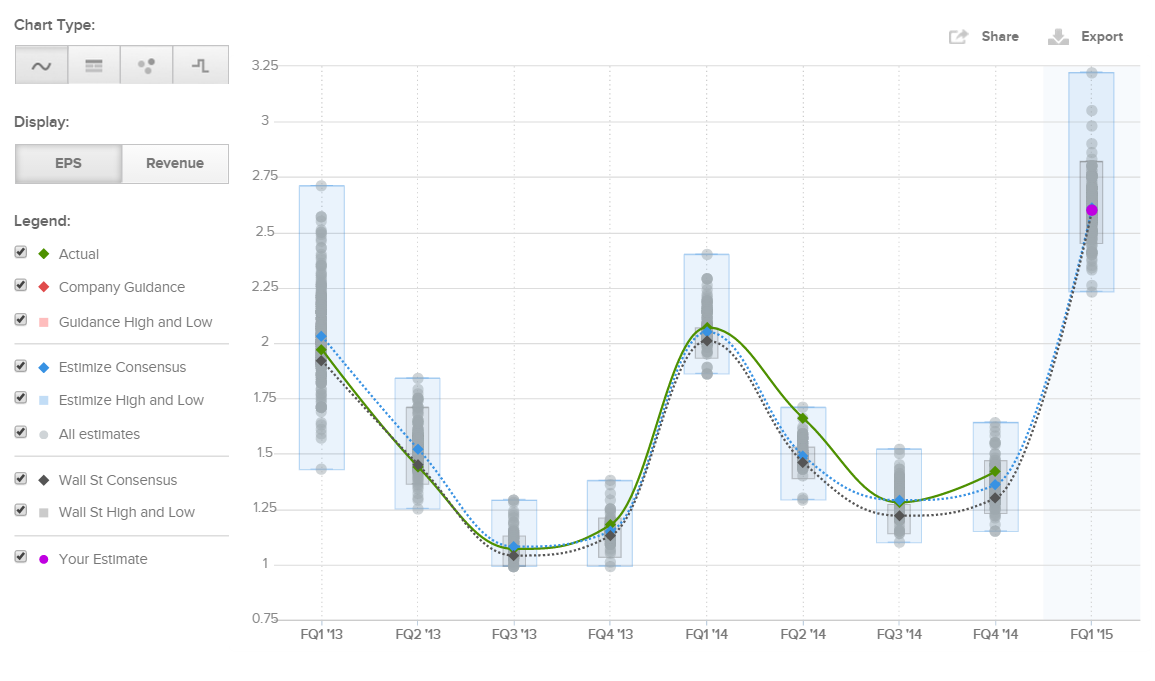 In raising its $3 million series B round, Estimize investors are betting on the company’s potential as a data provider. Using the crowdsourced user generated information, beyond its retail oriented stock estimates product, Estimize provides data to institutional clients such as hedge funds and asset managers. In regard to this offering, buyside firm, WorldQuant, became Estimize’s first client for their data service in 2012. By participating in both Estimize’s A and B round, can be considered to reveal that WorldQuant believes in the value add that the crowdsourced data provides for stock investing.

Speaking with Leigh Drogen, Founder and CEO of Estimize last year, he explained to Finance Magnates that by adding a wider source of forecasts, the firm is able to provide greater value to investors than by simply aggregating Wall Street estimates, which is the staple of services provided by leading products like the Bloomberg and Thomson Reuters terminal. In this regard, Estimize is one of a slew of fintech firms that is challenging the ‘one size fits all’ multi-faceted, but expensive financial terminal industry by providing enhanced products that specialize in specific market data niches.

In announcing the funding to customers, Drogen explained that Estimize’s success shows that the “experiment in financial crowdsourcing has massively succeeded”, with the firm being able to provide a forum for amateur forecasters to gain a following as well as creating a more efficient process of aggregating financial data. In this regard, Drogen added that they plan on using to funding to increase staff, and add new data sets to be crowdsourced, such as the recent additions of economic indicators and M&A deals.