Going public this week with its equity crowdfunding campaign is Ffrees. The UK firm operates an online bank which aims to use transparency and low fees to cater to unbanked in the UK, as well as providing an alternative to traditional banking users.

At the heart of its business model is a pay as you go bank fee. With it, customers are provided with details of how much they are being charged for their ongoing services, allowing for a transparent banking environment. Similar to other online banking providers, Ffrees provides customers with a debit card linked to their account as well as online tools. In addition, Ffrees has created a third party marketplace of merchants that provide discounts to Ffrees cardholders.

Creating the company, Founder and CEO, Alex Letts explained to Finance Magnates that 80% of bank accounts in the UK depend on fees from card charges and penalty fees for their profitability. However, Letts explained that there is a “lack of transparency around the cost of these accounts” which causes a “loss of customer trust in behavior, pricing, service provided by banks.” 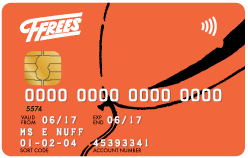 As a result, Ffrees believes that there is an opportunity for providing a more transparent and efficient bank account system whereby charges are easy to understand by customers. According to Ffrees, since launching in 2013, the firm has grown to achieve £1 million in revenues with 60,000 account holders and £110 million in client deposits. After deciding to initially operate under the spotlight as they built up the business, Ffrees is gearing up to become more public in 2016.

As part of its plans, Ffrees is launching an equity crowdfunding campaign on Seedrs this week. In addition, the firm has appointed former London Capital Group CEO, Kevin Ashby to serve as non-executive chairman. These plans coincide with the upcoming launch of its updated banking platform that will be rolled out to customers in 2016.

Speaking to Finance Magnates, Ashby explained that although he has worked with many companies, he believes that Ffrees is different because “it’s a company with a public ‘mission.” He explained: “Our mission is leading the ‘Unbanking Revolution’ to free people from the grip of the publicly discredited, fee-concealing, debt-driving banks.”

Going public with its campaign on Seedrs, Ffrees has a goal of raising £500,000 with the sale of 8.65% of its equity, with a pre-money valuation of £5.3 million. With regard to the decision to sell shares to the public through crowdfunding, Ashby explained: “The Ffrees philosophy is to be The People’s Unbank. So, in line with that mantra, we are, via crowdfunding, opening up ownership to the general public.”