Mobile is a huge topic in FinTech. The development of mobile trading apps is all the rage these days and a broker looking to offer mobile trading to its customers should make certain considerations. There is a lot that comes into play when developing an app, and a lot of it applies to every industry, so in this article, we’ll focus on issues that pertain specifically to the FinTech industry.

We’ve asked Leverate’s Mobile Product Manager, what some of these considerations should be and he’s summarized them in three basic truths:

As a mobile product manager, you may have your preferences between developing for Android and developing for Apple. Just as some people may like burgers and others hot dogs, snow or beach, woods or city… as long as we humans have options, we will have preferences, but no matter how much we love or hate Apple or Android, tech providers in the financial industry must develop for both if we want to remain competitive. So what are the main differences between the two operating systems from the perspective of a tech provider in the financial industry?

Well, Apple is characterized for being user friendly, whereas Android is developer friendly, so guidelines and regulations set by Apple are significantly more extensive than those set by Android. As a white label tech provider, Android allows us to submit app requirements on behalf of our clients for approval, whereas Apple requires each individual client to submit their application separately. This makes the process more involved, more time consuming and often more expensive.

China is huge for FinTech

Increased competition, tighter spreads and stricter regulation in various regions have forced brokers to look at geo-expansion as an alternative to remaining competitive, and China is an extremely desirable market for brokers to expand into. If you think however that translating your app into Chinese will do the trick, think again. Tools traditionally used in the west for distribution, notification and analytics will simply not work in China. Google for example, the king of all our marketing efforts, the ruler of our online market share, has no ruling beyond the gates of the Forbidden City. That’s right, Google does not work in China.

That’s right, Google does not work in China.

So you have a great app and you want people to download it? Google Play won’t work. In order to distribute an Android app, tech providers have to give brokers the .apk file to place either on the brokerage’s website so traders can download the app from there or on local online stores, such as Baidu. Notification services from GCM (Google) won’t work either, so how’s a brokerage working the Chinese market supposed to contact its clients? Depending on the region and the service carrier, a broker needs to contract with various ISPs or an intermediary messenger between broker and trader to get their notifications delivered.

When contracting with a carrier, a broker must make sure that the company has messaging distribution both in the North and South, as these are often considered separate states, as well as distribution for 1st and 2nd tier regions. How about analyzing your online/mobile media strategy? Nope. Google analytics won’t work and this is a problem both for Apple and Android as they both rely on the same source of data. We’ve been successful at measuring our exposure using Mix Panel.

So many versions, so little time

Developing for Apple is somewhat easy. Apple develops both the hardware and the software, thus limiting the options. Android however, has variety to spare. First comes the fact that Android devices operate on software made by Google and hardware made by several manufacturers, so the variety of resolutions, screen sizes and operating systems is immense. In addition, Apple is a brand of early adopters. 93% of Apple users have one of the latest two versions of iOS, whereas Android’s latest version, Marshmallow, is being used by a mere 0.7% of users, several months after its release.

Having this in mind, backwards compatibility is required when developing for Android, not so much for Apple.

Another issue when developing for Android is the wide spectrum of quality there is in their devices. Quality affects an app’s animations, functionality, resolution and general capabilities. As a tech provider, one thing we never compromise on is connectivity, so for Android, we consider UI when making decisions about what to offer to each specific market.

Brokers who offer their services in developing nations for example, should realize that most devices available in these markets are lower-end devices, with lower capabilities, and should develop accordingly. In general, we develop our apps to accommodate the equivalent of a Galaxy S3, this way we know we are accommodating most of our client’s traders, while still being able to bring innovation into our systems.

A good example of this compromise is left-to-right support. Apple launched this and it is superb for our clients who have traders in say UAE, however, some Android phones don’t support it so flawlessly, so we need to manually adjust our apps to support our client’s businesses. 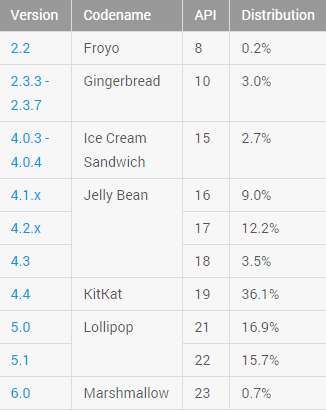 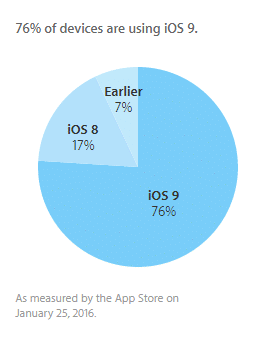 Leverate
leverate.com/
Yael Warman is a creative writer with a strong background in marketing and advertising. Yael has been a writer for over 10 years and has worked for clients in various industries as well as her own companies and is currently the Content Manager at Leverate.
wpDiscuz