Last week, Mark Davison and Michael Higgins have launched a new venture, Coronam ec Ltd., a group specializing in multiple asset classes and risk management solutions – the development constitutes the latest partnership between the two executives, which has now seen the two executives working in tandem at multiple stops.

GAIN Capital’s institutional trading focused GTX unit hired industry veteran Thomas Reichel as Director of Institutional Sales. The expertise which the newest hire brings on board is focused on companies which are engaged in proprietary trading. Thomas Reichel joined the company after serving at HotspotFX for over 10 years. He will continue to be based in Chicago and will be reporting to John Miesner, effectively restoring a long serving due at Hotspot FX.

ASX Board appointed Dominic Stevens as its Managing Director and newest CEO. He has served on the board since 2013 and steps into the new role with immediate effect. The appointment follows after the departure of the ASX’s former Managing Director and CEO, Elmer Funke Kupper in March, who had been with the company since 2011.

After over three years at eToro, its now former Head of Communications, PR and Marketing Nadav Avidan moved on, switching away from the trading industry and joining Viber. The rapidly growing global communications company which has a multi-platform solution for messaging and voice calls has appointed him as Global PR Lead.

Justin Wood left his FX Product Management role at State Street after spending two years at the company. In his newest role, he joined Stone Coast Fund Services as a business analyst. The company is specializing in delivering fund administration services to onshore and offshore hedge funds.

XTX Markets continued its focus on expanding the company’s footprint across Asia Tuesday – the firm added Ted Yang to its Asian business development team which is based in Singapore. Mr. Yang joined after serving as Head of Technical Implementation Management in the APAC region at Tower Research. His tenure at the firm lasted a bit over a year with a much longer career at Samsung futures in Korea.

Axioma opened its new Australian office last week, ushering in the appointment of Brian Smith as its newest Head of Australia and New Zealand. In his new role as the Head of Australia and NZ, Mr. Smith will be based out of Melbourne, where he will be reporting to Olivier d’Assier, Axioma’s Asia-Pacific (APAC) Managing Director. The new appointment is Mr. Smith’s first promotion at Axioma since joining the group in 2014.

MahiFX expanded its team with a new senior hire, adding veteran Nick Mortimer to the company in the newly expanded role of Head of Retail Sales. Mr. Mortimer joined MahiFX’s rapidly growing retail division – as its Head of Retail Sales he will be tasked with overseeing and culturing the development of its retail capabilities, which also will look to capture benefits and growth for its institutional clients as well.

RBS lost one of its longest tenured executives last week, which suffered the loss of Robert Godber, its Managing Director of RBS Markets and International Banking, one of the lenders’ UK subsidiaries. Mr. Godber had previously served as the group’s Managing Director, having originally joined the group back in 1984. Over the next three decades he worked across a number of RBS’ divisions, including most recently as one of the co-heads of Financial Institutional Sales in Europe, Middle East, and Africa (EMEA) – a position he stepped into in 2013.

Asset Control tapped Mark Hepsworth as its newest CEO who joins from Interactive Data. He is based out of the group’s London headquarters with his appointment following on the heels of several new product launches, which have targeted banks and regulatory reporting standards. In his new role he will have a mandate to lead and foster Asset Control’s overall company strategy.

Rothschild & Co Group on-boarded veteran mergers-and-acquisitions banker James M. Neisse as its Head of Rothschild & Co North America. The hiring was part of Rothschild’s plans to expand its deal advisory business in the U.S. M&A market, where volumes surged to a record last year and continue to be relatively robust. 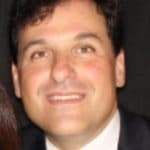 Barclays lost one of its top clearing members in the United States with the departure of Ray Kahn, its Global Head of Risk, and the group’s longtime senior executive. Mr. Kahn had served in some of the most high profile positions at Barclays in New York for nearly eight years. During his tenure, he has helped Barclays push multiple new rules immediately following the financial crisis that have helped benefit the bank – he had been with Barclays since 2008.

Last Friday, Morgan Stanley’s Andrea Gazzani parted ways with the lender to join Commerzbank, the latest shuffle at a big bank’s foreign exchange (FX) unit. He joined Commerzbank as its Vice President (VP) of FX Institutional Sales, to be based out of the lender’s London branch.