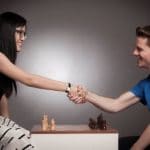 Tradimo Interactive announced its newest appointment last week, securing Chinese Women’s Chess World Champion Hou Yifan as its Brand Ambassador, who joined the group after distinguishing herself as one of the foremost minds in the sport. For Tradimo, the appointment allows the group to promote one of competitive chess’ standout players. In her new role, Ms. Yifan will focus on promoting financial education and the brand in global marketing campaigns. 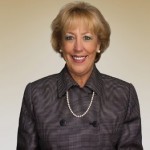 Forex Development Corporation (FDC) on-boarded Peg Reed as Chief Operating Officer. The newest hire of the company led by Mitch Eaglstein has been in the industry for over 20 years, working for companies such as Hotspot, Citi, IBFX, GFT and ayondo.

In her new role, Peg Reed is going to take operational charge of Forex Development Corporation and will be looking to scale the firm’s solution towards a global client base. 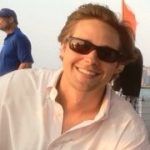 Mr. Bottitta had relinquished his position at FD to join EFFEX Capital in the capacity of Head of Strategy and Business Development. Effex has quietly developed a reputation as a leading liquidity provider. The firm has done this by acquiring exceptional talent, focusing on intelligence and innovation.

In his new role, Mr. Hecher will be tasked with the expansion of distribution to its existing indexed fund and exchange-traded-funds (ETF) ranges, as well as fostering the continued development of the group’s Smart Beta ETFs across the German, Austrian, and Swiss markets.

One of the foreign exchange (FX) industry’s most influential institutional players, Beat Nussbaumer, joined Forte Securities FX LLP, a provider of execution and prime brokerage services, who brings his skills and expertise to the London-based group.

Mr. Nussbaumer joined the group back in March 2016 and steps into a new role with Forte Securities FX unit after holding senior-level positions at various lenders and institutional FX venues worldwide.

OANDA Europe Limited, a subsidiary of OANDA Corporation, has parted ways with Brian Myers, the group’s Vice President of Sales for Europe, the Middle East, and Africa (EMEA) and Americas last Thursday.

Mr. Myers originally joined OANDA Europe back in June 2014, and has since worked out of the group’s London subsidiary as its VP of Sales.

Morgan Stanley suffered the departure of one of its senior personnel, Valerie Kay, who has left the lender to join Lending Club (NYSE:LC), a peer-to-peer (P2P) lender. Ms. Kay had joined Morgan Stanley back in 1996.

Over the next two decades she worked in a variety of roles, including in senior management positions within the bank’s securitization business for several years. Additionally, she also worked on its Senior Relationship Management (SRM) team and was a managing director from 2015.

GKFX once again may have lost a key figure in its management group, with London based Managing Director, Joe Rundle rumored to have parted ways with the company after about two weeks with the brokerage last week.

Mr. Rundle originally stepped into the role of Managing Director at GKFX earlier this month, having succeeded Jacob Plattner, who had been with the broker for nearly a year. Rundle was GKFX’s replacement to the outgoing Plattner, who had originally joined the company back in 2015 from Alpari UK.

Barclays lost the services of John Langley, the group’s Head of Global Finance and Risk Solutions (GFRS), who will be retiring from the lender after more than a decade, having worked in multiple senior level roles.

Mr. Langley is longtime veteran of the financial services industry, with a career has spanning over two decades. He originally joined Barclays back in 2006, helping lead the risk solutions group in the Europe, Middle East, and Africa (EMEA) region.