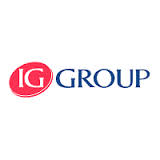 Saxo Bank made headlines last week with the departure of its longtime CEO, Torben Kaaber, followed by the subsequent succession of Mateo Cassina. With the key loss of Mr. Elston, Saxo now has a void to fill in its institutional operations.

At IG Group, Mr. Elston will find no trouble becoming acclimated to his new role, which is also as Head of Institutional Sales in London. Prior to his eight-year tenure at Saxo, during which he was Head of Institutional Sales and Head of Bank and Brokerage Sales, Mr. Elston also served in a variety of senior level roles at SuperDerivatives, CQG and Standard and Poor’s.